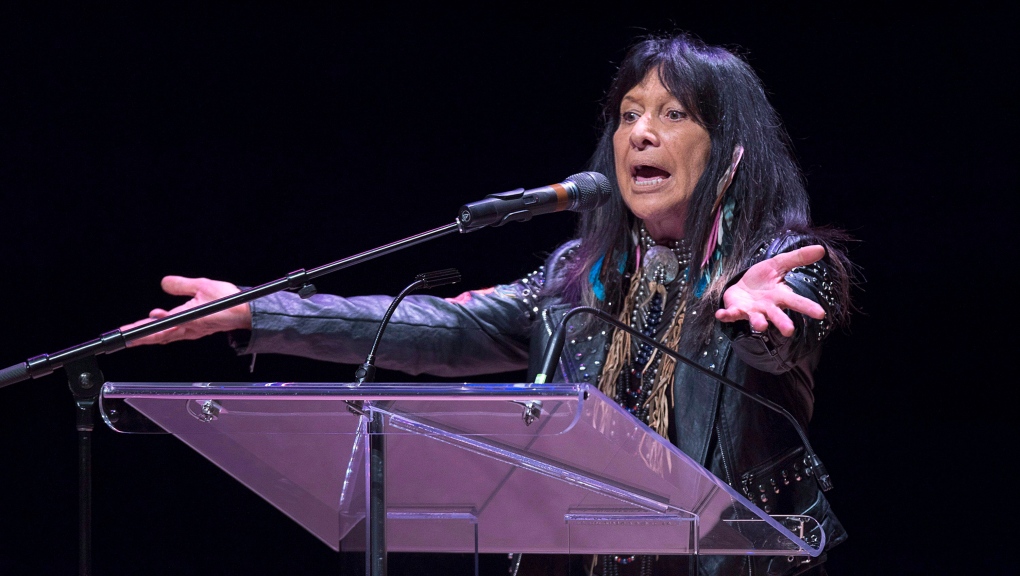 In this file photo from April 17, 2018, Buffy Sainte-Marie talks about diversity and inclusion at the Belong Forums, a public lecture series as part of the Year of Belonging, in honour of Dalhousie University's 200th anniversary, in Halifax. THE CANADIAN PRESS/Andrew Vaughan

TORONTO -- Buffy Sainte-Marie is sharing new insight into her trailblazing rise in an upcoming documentary.

White Pine Pictures, Eagle Vision and Paquin Entertainment say production has started on “Buffy Sainte-Marie: Carry It On,” a wide-ranging glimpse at the Cree singer-songwriter and activist's influence.

The film is billed as a “cinematic, poetic and musically infused” look at Sainte-Marie's six-decade career of creative and social disruption, from penning protest anthems in the 1960s to stirring controversy by breastfeeding on “Sesame Street.”

The 80-year-old musician has been celebrated with a slew of honours, including several Junos, a Polaris Music Prize, a Governor General's Performing Arts Award and the cinematic trifecta of an Oscar, BAFTA and Golden Globe Award for co-writing the song “Up Where We Belong” in 1982's “An Officer and a Gentleman.”

Directed by Winnipeg-based filmmaker Madison Thomas, “Buffy Sainte-Marie: Carry It On” is set to include archival material, recent performances and interviews with the musician and her contemporaries.

The documentary is expected to hit theatres in fall 2022, and will be broadcast by Bell Media and APTN in Canada and PBS in the United States on later dates.

This report by The Canadian Press was first published Sept. 24, 2021.