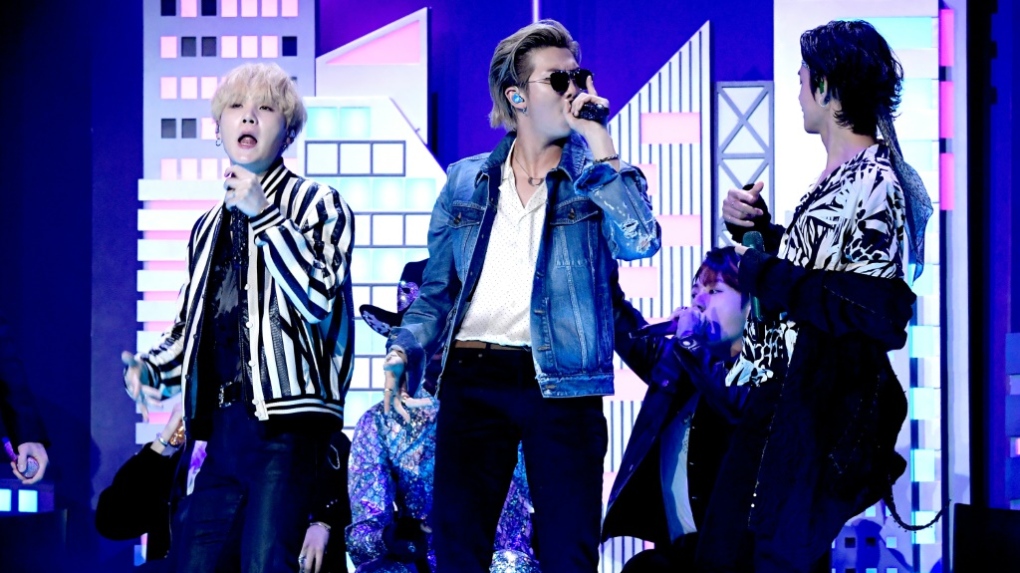 BTS, seen here at the Grammy's in January, have already smashed records with more than 4 million pre-orders for their new album. AFP.

SEOUL, SOUTH KOREA -- K-pop superstars BTS released their new album "Map of the Soul: 7" Friday, breaking records even before it came out as the country's most pre-ordered album ever and its lead single making its debut on video app TikTok.

BTS -- or Bangtan Sonyeondan, which translates as Bulletproof Boy Scouts -- have gained a huge global following, becoming the first K-pop group to top charts in the US and Britain with a string of sold-out shows in Los Angeles, Paris and London's Wembley Stadium.

Their latest effort was given a simultaneous worldwide release online at 6 pm South Korean time (0900 GMT).

Just 30 minutes later, the video for its lead single "ON" -- a song about the artists' aspirations and sense of purpose -- had been viewed by nearly half a million fans on YouTube, with more than 134,000 comments.

"We've voluntarily entered this beautiful prison," the song's lyrics read. "Even when we fall, we rise again, as we always have."

The hashtag #BTSComeback2020 trended following the release, as well as #WeONWithBTS, with fans posting videos of themselves in tears after listening to the album.

"Can we just appreciate how perfect the choreography, those moves, those voice, and those faces? I'm speechless," one fan posted on Twitter.

Another wrote: "I've been crying listening to the songs without knowing the meanings of the lyrics... how am I gonna cope when lyric translations come out?"

The album's title alludes to both the number of members in the band and the time since the group made their debut.

The song "ON" is "like a diary of our past seven years", member RM told Apple Music before the release.

"We stumble from time to time but we got back up," he said. "It's like a declaration that we have admitted our destiny."

The group had managed to "expand out musical spectrum", RM added.

"In 2013 we had a performance in front of 300 people, 500 people. But now we are doing stadium tours, so everything's got bigger and happier."

"Map of the Soul: 7" was the most pre-ordered South Korean album of all time, with more than four million copies sold before its release.

The group had rolled out a 30-second preview "ON" exclusively on TikTok Thursday, momentarily causing the app to crash.

They are the first band to introduce a single via the short-form video platform, and the snippet offered a challenge calling on fans to use the music to create their own videos.

More than 33,000 videos were made using the track by Friday morning, showing fans dancing to the song in classrooms, bedrooms, airport terminals and elsewhere.

But one dark cloud on the band's otherwise stellar horizon has emerged: a high-profile concert initially scheduled for March 8 in Daegu has been cancelled due to the novel coronavirus outbreak in the city.