BTS did a Tiny Desk concert that may surprise you 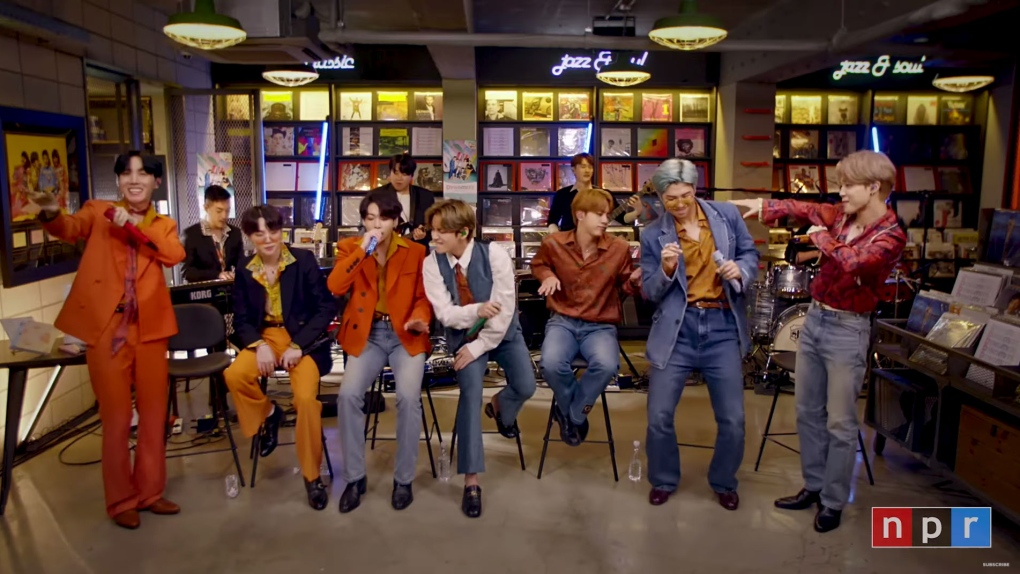 BTS became the latest artists to participate in the at-home series of the stripped-down, more intimate performances featured on NPR. (From NPR Music/YouTube)

NPR Tiny Desk is where performers go to show they actually can sing, and BTS has done just that.

The beloved K-Pop boy band on Monday became the latest artists to participate in the at-home series of the stripped-down, more intimate performances featured on NPR.

Naturally, they kicked it off with their first all-English language single and No. 1 hit, "Dynamite."

It marked the first time they'd performed the track with a live band, according to the seven-member group.

NPR had been "trying to make a BTS Tiny Desk concert happen for years now -- even gaming out ways we might move Bob Boilen's desk far enough forward to accommodate the superstar Korean boy band's dance moves," NPR producer and editor Stephen Thompson said in a YouTube caption on the show video.

"In the end, it took a global pandemic -- and the launch of Tiny Desk (home) concerts back in March -- to make something happen," Thompson wrote. "With BTS cooped up in Seoul, the group held true to the series's spirit by convening a live band for its Tiny Desk debut, and even arranged to perform in a workspace with a music-friendly backdrop: the record store VINYL & PLASTIC by Hyundai Card in BTS's hometown."

BTS is already the biggest K-Pop group around, and they have been continuing their success.

The "Dynamite" video in August broke a YouTube record for the most views in 24 hours, and BTS last week performed on "America's Got Talent."