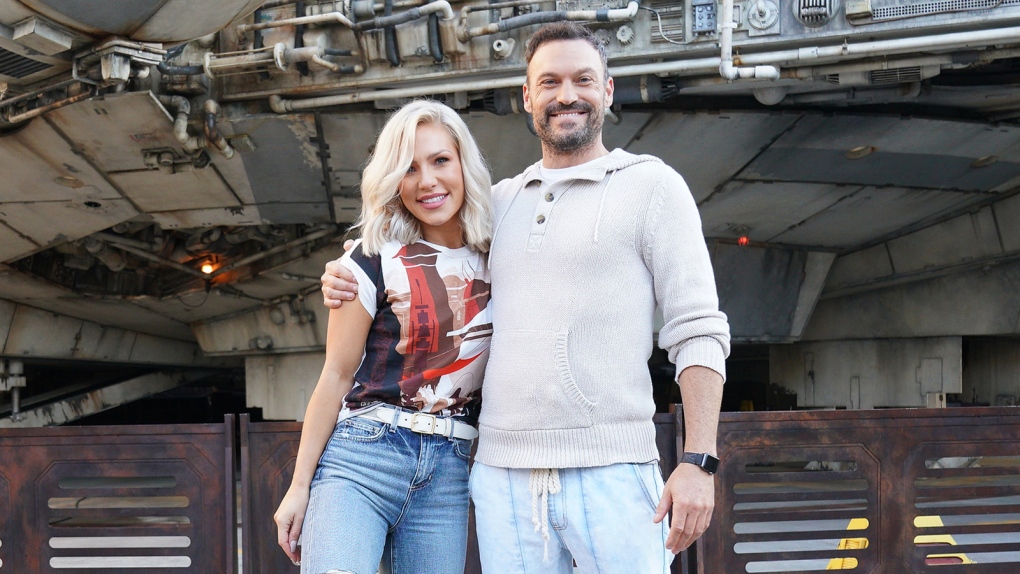 The couple announced the birth of their son, Zane, in an identical post shared on their Instagram accounts, which showed their newborn holding Green's finger.

Burgess shared her joy by writing alongside the sentimental snap: "Zane Walker Green 06/28/2022 at 12:12pm. My heart is now forever outside of my body."

The Australian "Dancing With The Stars" pro previously revealed that she was due to give birth on July 4, but her son's early arrival will now allow them to celebrate the holiday as a family.

Austin Green is already dad to Kassius, whom he shares with his ex-girlfriend Vanessa Marcil, as well as Noah, Bodhi and Journey, his children with ex-wife Megan Fox.

Last month, he told People magazine that his other children were "super excited" to welcome their new sibling.

"They check on Sharna every day and they rub her belly and talk to the baby. They're counting down the days!" Green shared.

"(The baby) is definitely coming into a super warm household and family and he'll be surrounded by a lot of love. It's exciting."

Green and Burgess started dating in 2020 and partnered up to compete during the 30th season of ABC's "Dancing with the Stars" last year.

They announced their pregnancy news in February, days after Green's divorce from Fox was finalized. Fox is now engaged to rapper Machine Gun Kelly.

The House of Commons Public Safety and National Security Committee is set to meet today to discuss allegations of political interference in the 2020 mass shooting in Nova Scotia.

B.C. man frustrated over wait after being approved for COVID-19 vaccine injury compensation

Canada's inflation rate slows to 7.6 per cent in July as gas prices fall

Explosions and fires ripped through an ammunition depot in Russia-annexed Crimea on Tuesday in the second suspected Ukrainian attack on the peninsula in just over a week, forcing the evacuation of more than 3,000 people.

A mother from Florida shared an adorable video of her son's interaction with the family's dog.

A two-minute video posted to TikTok that shows a man berating two women for not speaking English at a Richmond, B.C., SkyTrain station is making the rounds on social media.