'Boy Next Door Killer' expected to get death for two murders 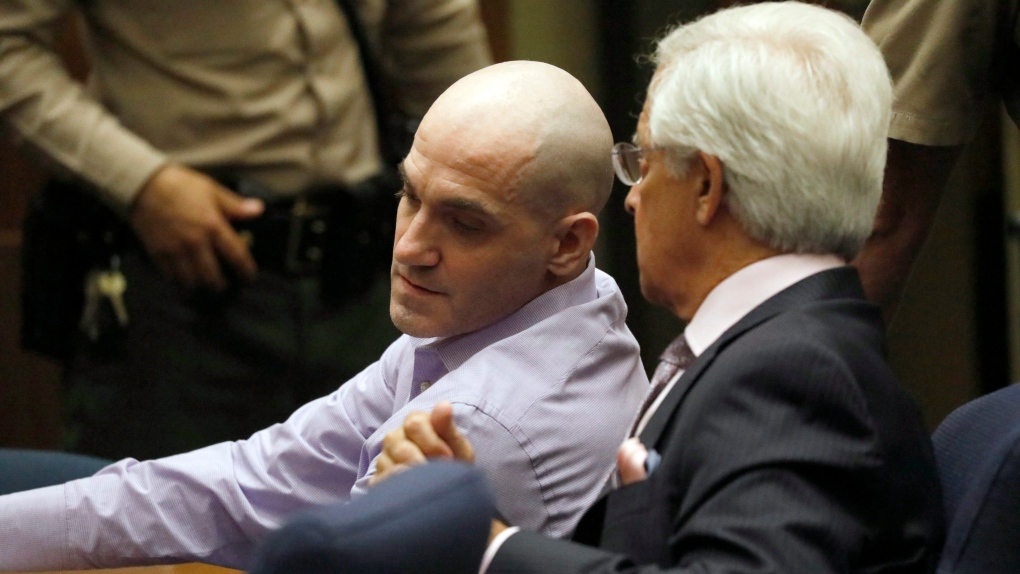 LOS ANGELES -- A judge is expected to give a death sentence Friday to a man prosecutors call "The Boy Next Door Killer," who was found guilty of the home-invasion murders of two women.

A Los Angeles jury recommended the death penalty in October for 44-year-old Michael Thomas Gargiulo, whose victims included 22-year-old Ashley Ellerin, a fashion design student killed in Hollywood in 2001 just before she was to go on a date with actor Ashton Kutcher, who testified at the trial.

Superior Court Judge Larry P. Fidler will sentence Gargiulo on Friday, when he will also consider defence motions for a new trial or a reduced sentence.

Even if he is given a death sentence, Gargiulo is unlikely to be put to death anytime soon. California has not executed anyone since 2006. Gov. Gavin Newsom last year halted executions for as long as he is in office, though courts have been proceeding on the assumption that executions may one day resume.

Gargiulo, an air-conditioning and heater repairman, bouncer and aspiring actor whose nicknames from media outlets included "The Chiller Killer" and "The Hollywood Ripper," was also found guilty of the 2005 murder of 32-year-old Maria Bruno in El Monte, east of Los Angeles.

The deputy district attorneys who presented the case against him called him the "Boy Next Door Killer" because he lived near all his victims and watched them before the attacks.

The jury also convicted him of the attempted murder in 2008 of Michelle Murphy, who fought him off in Santa Monica, forcing him to flee and leave a trial of blood that also led to his eventual arrests for the other two killings.

After his sentencing he will face trial in his Chicago-area hometown for the 1997 killing of Tricia Pacaccio. She lived just down the street from Gargiulo in suburban Glenview. Gargiulo was a friend of her brother's and 17 at the time Pacaccio was stabbed to death on her front porch..

Evidence in that case was allowed in Gargiulo's Los Angeles trial to establish a pattern in a case where little physical evidence tied him to the scene of the two killings.