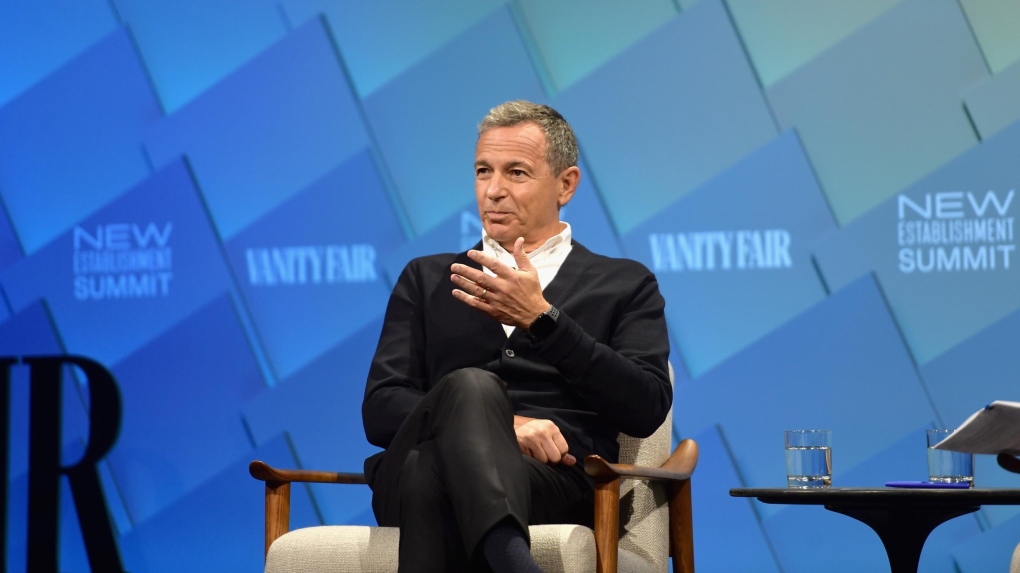 Bob Iger was back at Disney headquarters on Monday to meet with employees for the first time since surprising the media world by returning as the company's CEO last week.

Iger discussed multiple issues facing the company including Disney's current hiring freeze and what he plans to focus on when it comes to the Disney+ streaming platform. He also highlighted his No. 1 priority as he takes back the reins: creativity.

Iger told employees during a town hall meeting at the company's Burbank, California headquarters that Disney's hiring freeze would remain in place — for now.

The hiring freeze was announced earlier this month by his predecessor, Bob Chapek. Iger replaced Chapek, who had a short but tumultuous tenure as the head of Disney.

Iger said it is the "wise thing to do" to keep the freeze in place given the challenges facing the company. He also mentioned that the duration of the hiring halt will be a factor as he addresses Disney's overall "cost structure."

The announcement of Iger's return comes at a time of great difficulty and scrutiny for Disney, which faces challenges across its media empire. This includes a share price that has been sluggish all year, and a streaming business that's growing but losing money.

Iger said that when he left the company last year, Disney's streaming success was being measured by many different metrics but the main factor was growth. That has since shifted to a focus on "the bottom line" and "how much we are losing and when we will be profitable," Iger said.

Instead of "chasing subs with aggressive marketing and aggressive spend on content," he said, the company needs to start "chasing profitability." In order to do that, Disney needs to take a "very, very hard look" at the cost structure across its businesses, he said.

But Iger said the main focus for the company has to be: "creativity," which the returning CEO said was his No. 1 priority.

Iger said that it's not about how much Disney creates, but rather how "great the things are that we do create."

Iger didn't waste any time putting his mark on the company. Soon after he was announced as CEO, he reorganized Disney's content distribution structure and said that Kareem Daniel, the chairman of the company's Media and Entertainment Distribution unit, would leave Disney.

Earlier on Monday, his first day back on the Walt Disney Studio lot, Iger tweeted a photo of Disney's headquarters and said, "filled with gratitude and excitement to be back."

U.S. 6-year-old who shot teacher allegedly tried to choke another

A 6-year-old Virginia boy who shot and wounded his first-grade teacher constantly cursed at staff and teachers, chased students around and tried to whip them with his belt and once choked another teacher 'until she couldn't breathe,' according to a legal notice filed by an attorney for the wounded teacher.