Blizzard targeted with boycott after it banned a Hong Kong player 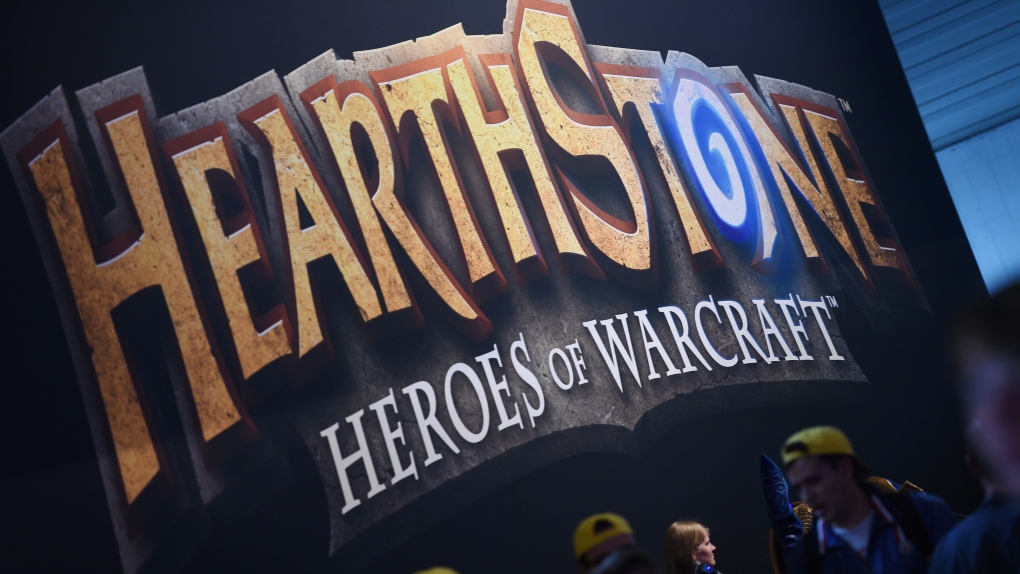 American video game company Blizzard Entertainment is under fire from the global gaming community after it banned a Hong Kong player who called for a political "revolution" in the city. Patrik Stollarz/AFP/Getty Images

American video game company Blizzard Entertainment is under fire from the global gaming community after it banned a Hong Kong player who called for a political "revolution" in the city.

On Tuesday, Blizzard disqualified and banned the player Ng Wai Chung, also known as "Blitzchung," from a worldwide tournament for the online card game Hearthstone.

Ng shouted the popular protest slogan "Liberate Hong Kong, revolution of our times" during a livestreamed post-match interview — which Blizzard said violated its competition rules. Ng was stripped of his potential winnings and forbidden from competing for the next year.

It's the latest instance of sports being dragged into Hong Kong's ongoing pro-democracy, anti-government protests, which are now stretching into their fourth month. With Beijing taking a hard line on other brands caught in the mix, like television show South Park and the NBA, many in the online gaming community are now accusing Blizzard of trying to appease China.

Social media exploded in outrage after the news of Ng's ban broke, with many calling for a boycott against Blizzard's other games and against Activision Blizzard, Blizzard's parent company. Players have posted images of them uninstalling or canceling subscriptions to hugely popular (and profitable) Blizzard games like World of Warcraft, Starcraft, Diablo and Overwatch.

One such post showing a subscription cancellation garnered more than 112,000 upvotes on Reddit, with many other players commenting that they would do the same.

"Its so hard to leave a game that has been part of my life, thousands of games, hundreds of hours on esports," one person commented. "But I am from Hong Kong too, what they did broke my heart."

Mark Kern, a video game designer who helped create World of Warcraft, joined the boycott on Wednesday, canceling his subscription to the game.

"We are in a situation where unlimited Communist money dictates our American values," he tweeted. "We censor our games for China, we censor our movies for China. Now, game companies are silencing voices for freedom and democracy."

Satirical art, like the Blizzard logo superimposed on a Chinese flag, quickly spread on social media. One viral animation shows a player in a Blizzard video game shooting down a target. Text then pops up on the screen, reading, "Eliminated Blitzchung," "Eliminated self-respect," and "Eliminated credibility."

There was also a second livestream incident on Wednesday during the Collegiate Hearthstone Championship. As the game was being livestreamed on Blizzard's Twitch channel, the team from American University held up a sign to the camera that read "Free Hong Kong, Boycott Blizz." The camera quickly cut to the other team. Video of the match can no longer be found on Blizzard's Twitch channel, which has video logs of every other Championship match this week.

The video has since been reposted on social media. It's been viewed more than 433,000 times, and has received more than 51,000 upvotes on Reddit.

All across gaming community platforms, players are holding discussions about the intersection of gaming, capitalism and politics. Many longtime fans accuse Blizzard of sacrificing its values to protect business in China. One user pointed out that Blizzard's decision seemed all the more hypocritical given its most popular games revolve around "the fight against the forces of control, domination, and enslavement."

There are even hints of possible discontent within Blizzard. On the Blizzard campus in California, where the company is based, there is a statue surrounded by the company's "core values" inscribed on metal plates on the ground. On Wednesday, former Blizzard employee Kevin Hovdestad tweeted a photo of the "values" plates covered by pieces of paper.

"Not everyone at Blizzard agrees with what happened," he wrote in the tweet. "Both the 'Think Globally' and 'Every Voice Matters' values have been covered up by incensed employees this morning."

As the outrage spreads, Blizzard has stayed relatively quiet, with no new statements since its announcement of Ng's ban on Tuesday. CNN Business has reached out to Blizzard for comment.

Ng himself has spoken out about it, telling CNN Business on Tuesday that he had shouted the slogan "to tell the protesters who watched my speech that I'm on their side."

In a livestream on his Twitch channel on Tuesday, he said, "I will say I'm not surprised of (Blizzard's) response. It is what I expected to happen."

"Today, losing on Hearthstone, I only lost four years," he added. "But if Hong Kong loses, it will be for life."