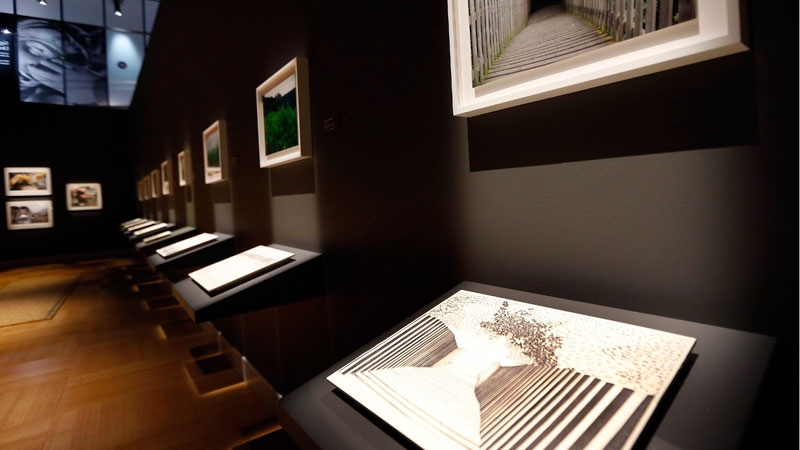 WINNIPEG -- When amateur photographer Tara Miller lost most of her vision in high school, she did what most people would expect -- she put her camera away.

It wasn't until years later that Miller picked up a camera again and discovered a much richer experience. She used her keen hearing, the feeling of the lens focusing on a subject and even her sense of smell to frame an image.

"When I'm composing an image, I'm not really using my eyesight," said Miller, now a professional commercial photographer in Winnipeg.

"There's no difference with us being visually impaired or legally blind photographers. If we're comfortable in what we're shooting, we're going to get that same result as someone who's fully sighted."

Blind photographers like Miller are hoping a new exhibit at Winnipeg's Canadian Museum for Human Rights, opening to the public this weekend and running until September, will help showcase talent and break down stereotypes surrounding the visually impaired.

The exhibit entitled "Sight Unseen: International Photography by Blind Artists" features over 100 works but also uses 3-D technology to allow those with vision loss to feel some select photos with their fingertips while touch sensors in the prints set off descriptive audio.

One photographer's work is embedded with braille while another is accompanied by a topographical print-out of the photo which can be touched by visitors.

"It does a great job of expanding the perception, the expectations and pre-conceived biases that people would have," said Corey Timpson, the museum's vice-president of exhibitions, research and design.

"The more people can be exposed to this, the more there's just a general awareness."

Pete Eckert didn't turn to photography seriously until after he completely lost his sight. He picked up an old mechanical camera from the 1960s and started taking pictures. He uses a long exposure and a series of flashlights to create a fiery silhouette around his subject.

Like Miller, he relies on his hearing and other senses to immerse himself in his work. If anything, Eckert said he is more in synch with his subjects and medium than before.

"You can't see behind your head so we're all visually impaired. When I had vision, I had 210 degrees of vision," said the California-based photographer, whose work is featured in the exhibit.

Eckert never gets to see his finished prints. For him, the art form is in the "event" of taking the photo.

"I say I build photos," he said. "Your brain, especially your imagination, fills in the gaps that you can't see. So I'm basically investigating the world like a baby learns to see."

Eckert, a trained martial artist who used to spar against opponents using sound, said he hopes the exhibit challenges people to think about the concept of ability. If people look at his work and wonder "How did he do that?" Eckert said perhaps they will question what other talents blind people may have.

"I'd like them to question their own assumptions of what they think -- not only blind people can do -- but all disabled people."

Pete Haertel, a legally blind professional pet photographer in Winnipeg, said people are constantly surprised at his work. The exhibit is a chance for people to see beyond the white cane or guide dog, he said.