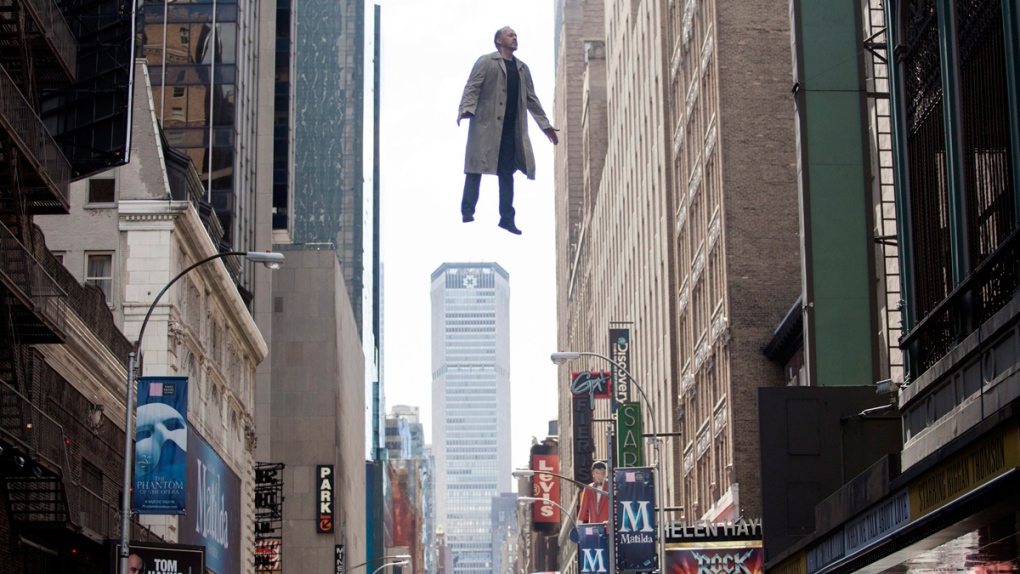 NEW YORK -- "Birdman" squawked loudest in the Golden Globes nominations, flying away with a leading seven nods including best picture in the comedy or musical category.

In nominations for the 72 annual Golden Globes announced Thursday morning by the Hollywood Foreign Press Association, "Boyhood" and "The Imitation Game" trailed with five nods apiece. Those two films led a best drama category that also included "Foxcatcher," "Selma" and "The Theory of Everything."

In the best picture, comedy or musical, category, "Birdman" was joined by "St. Vincent," "Grand Budapest Hotel," "Into the Woods" and -- in a surprise -- the independent British film "Pride."

Alejandro Gonzalez Inarritu's "Birdman, or (The Unexpected Virtue or Ignorance)," in which Michael Keaton plays a Hollywood star trying to mount a serious drama on Broadway, earned nods for Keaton and supporting players Edward Norton and Emma Stone, as well as for its direction, screenplay and score.

The other nominees for best actor in a drama were Steve Carell ("Foxcatcher"), David Oyelowo ("Selma") and Jake Gyllenhaal ("Nightcrawler") and Eddie Redmayne ("The Theory of Everything").

"I've been a bit frantic," said Redmayne, who plays Stephen Hawking in the film, on the phone from London. "I'm trying to finish all my Christmas shopping in a day, and now I got this phone call. I'm about to have a few mulled wines to celebrate."

Most awards season favourites were rewarded with decent showings Thursday, though some hopefuls failed to break through. Most notably, Angelina Jolie's World War II drama "Unbroken" yielded no nominations at all, though Jolie has seven times previously been nominated (winning thrice) by the Globes, including a nod for best foreign language film for her previous directing effort, "In the Land of Blood and Honey."

Oyelowo said the "Selma" team watched the nominations together while promoting the film Thursday at a Toronto hotel. Duvernay, who has previously attended the Globes as a publicist for films like "Dreamgirls," said: "This year I'll be at the party with a seat in an actual chair instead of standing on the side. It's going to be thrilling."

"I jumped so high for Ava I think I've shattered my kneecap," said Oyelowo, who called "Selma" a timely, much needed film. "We're going to celebrate by getting on a plane to Washington to show the film to Congress."

One of the surprise winners of the day was Anderson's "Grand Budapest Hotel." Along with a best picture nod in comedy, it earned nominations for Ralph Fiennes as best actor, and Anderson for screenplay and director.

Fiennes and Keaton were joined in best actor, comedy or musical, by Bill Murray ("St. Vincent") and in a few less expected choices, Joaquin Phoenix for "Inherent Vice" and Christoph Waltz for "Big Eyes."

On the dramatic side, the best actress category was notable for two stars in notably less adorned performances: Reese Witherspoon in the hiking drama "Wild" and Jennifer Aniston for "Cake." Also nominated were Moore (her second, for "Still Alice"), Felicity Jones ("The Theory of Everything") and Rosamund Pike ("Gone Girl").

"'Wild' is truly my baby and was a labour of love from the beginning," said Witherspoon, who produced the adaption of Cheryl Strayed's memoir.

The Globes are known for sometimes idiosyncratic choices that help populate its flashy red carpet with celebrities. But there weren't many odd picks in the mould of its infamous fondness for "Salmon Fishing in the Yemen" or "The Tourist" in years past. The Globes wrapped up the attendance of one star -- George Clooney -- ahead of Thursday's nominations by selecting the actor-director for its honorary Cecil B. DeMille Award.

Meryl Streep added her 26th nomination (eight wins) with a best supporting actress nod for the Stephen Sondheim musical "Into the Woods." She joins Stone, Arquette, Knightley and Jessica Chastain for "A Most Violent Year."

"I have no words," said Stone, noting that she was honoured to be a part of "the beautiful madness that is 'Birdman."' "Now can someone please explain who this 'Meryl Streep' woman is?!"?

Among the TV categories, "Fargo" led with five nominations, including best TV miniseries or movie. HBO dominated with 15 nominations, while upstarts Netflix (seven nods) and Amazon (two) also made inroads.

The best drama series nominations went to "The Affair," "Downton Abbey," "Game of Thrones," "The Good Wife" and "House of Cards." The nominees for best TV comedy series are: "Girls," "Jane the Virgin," "Orange is the New Black," "Silicon Valley," and "Transparent."

For the third time in a row, the Globes telecast will be hosted by Tina Fey and Amy Poehler. The show will air live from the Beverly Hills Hotel in California on Sunday, Jan. 11. Last year's awards drew 20.9 million viewers, marking it the most-watched Globes since 2004.

But support has also been strong for "Birdman," which topped the Gotham Independent Awards. On Wednesday, the Screen Actors Guild -- a strong predictor of the Academy Awards since its memberships overlap a lot -- nominated the ensemble casts of "Birdman," "Boyhood," "The Imitation Game," "The Theory of Everything" and "Grand Budapest Hotel."

Here's a look at this year's list of contenders:

Dramatic film: "Boyhood," "Foxcatcher," "Selma," "The Imitation Game," and "The Theory of Everything."

Musical or comedy film: "Birdman," "The Grand Budapest Hotel," "Into the Woods," "Pride" and "St. Vincent."

The 72nd annual Golden Globe Awards, hosted by Tina Fey and Amy Poehler, will be presented Jan. 11 at the Beverly Hilton Hotel.