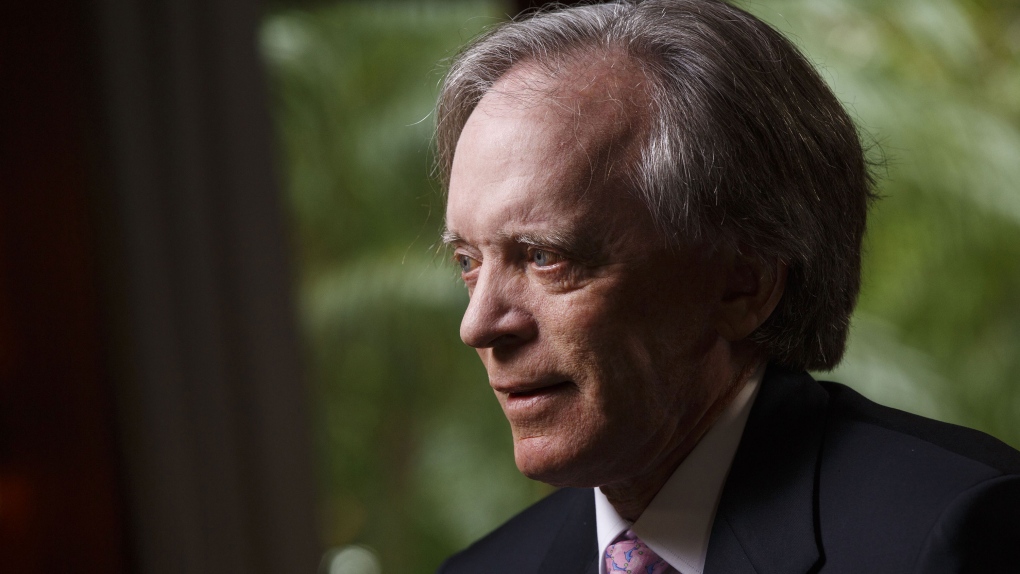 Bond billionaire Bill Gross is involved in a legal battle with his tech entrepreneur neighbour over a US$1-million sculpture and allegations that Gross blasted the "Gilligan's Island" theme song on a loop from his house.

Gross, the co-founder of investment firm PIMCO, and his partner Amy Schwartz installed a large. lighted glass art installation on their Laguna Beach property along the property line shared with their neighbours, Mark Towfiq, CEO of data centre development company Nextfort Ventures, and his wife Carol Nakahara, according to a lawsuit filed by Towfiq and Nakahara. Gross and Schwartz then installed larger poles and a protective net above the installation, and Towfiq and his wife allege the art installation partially blocked their ocean views.

After several months of unsuccessful attempts to discuss the matter with Gross, according to Towfiq and Nakahara, they filed a complaint with the city of Laguna Beach in June. The complaint prompted an investigation by the city that determined the installation, netting and lights were a violation of city code and did not have the proper permits, according to the lawsuit.

Shortly after, Towfiq and Nakahara allege Gross began retaliating against them by harassing and disturbing them with "loud music and bizarre audio recordings at excessive levels" during various hours of the day and night -- including pop or rap music, and often a series of television theme songs, according to the lawsuit, including the "Gilligan's Island" theme on a loop.

Gross and Schwartz sued Towfiq first -- on Oct. 13. Towfiq and Nakahara filed their own suit the next day.

Gross accused Towfiq of "peeping" on him and Schwartz, and Gross's lawsuit asks for a temporary restraining order, according to court documents. Towfiq and Nakahara's lawsuit alleges Gross and Schwartz executed a "targeted campaign of harassment and abuse" that ensued after a dispute over an art sculpture installation in Gross' property.

"Mr. Towfiq has harassed and invaded the privacy of Mr. Gross and his life partner Amy Schwartz," said Jill Basinger, the attorney who represents Gross, in a statement to CNN Business. "We reluctantly brought a complaint against the defendant because of his unneighborly behavior, which goes back many years within this community and with other neighbors."

Basinger called Towfiq "bullying" and "vindictive," and said he has "been the aggressor toward Mr. Gross and Ms. Schwartz."

But Towfiq and Nakahara's lawyer said the opposite.

"Mr. Gross is an entitled billionaire who is used to getting his way by bullying coworkers, family and neighbors," said Jennifer Keller, the attorney who represents Towfiq, in a statement to CNN Business. "Gross filed his own complaint merely as a preemptive strike after learning my clients intended to seek relief from the court."

The couple alleged Gross and Schwartz's actions were attempts to get them to drop their complaint with the city. During one incident, when Towfiq "respectfully requested" the music be turned down, Gross responded, "Peace on all fronts or well [sic] just have nightly concerts big boy," Towfiq's complaint alleges.

Towfiq's complaint says the alleged abuse was so distressing that it forced Towfiq and Nakahara to leave their home and stay elsewhere. The two were granted a temporary restraining order on Oct. 19.

A hearing is scheduled for Nov. 2, representatives for both Gross and Towfiq said. The hearing is to determine if civil harassment restraining orders will be issued.

Gross has been given an extension until November 16 to obtain the proper permits. He is "in the process of getting it permitted," according to Gross' lawyers.

In 2014, Gross said he was fired from PIMCO, the firm he co-founded in 1971. He filed a lawsuit against the company in 2015 for wrongfully removing him, in which both parties reached a US$81-million settlement in 2017.

Gross has an estimated net worth of US$1.5 billion, according to Forbes.