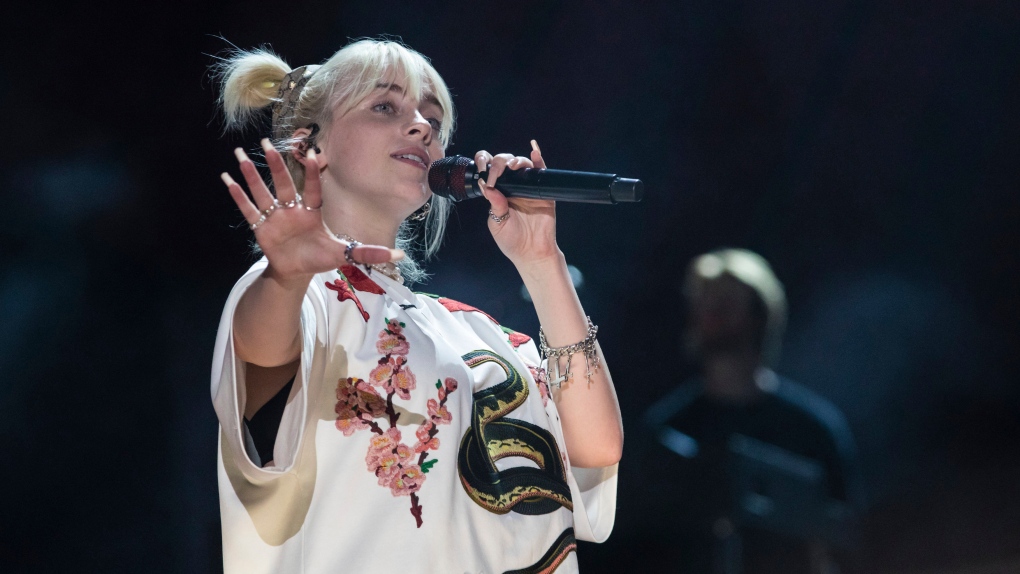 Spend enough time with Billie Eilish and you may notice her tics.

The singer talked about having Tourette's syndrome in an interview with David Letterman for his Netflix series, "My Next Guest Needs No Introduction."

Eilish, who was diagnosed at the age of 11 with the neurological disorder, which can cause uncontrollable and unwanted vocalization and/or repetitive movements, said people sometimes misunderstand what is happening.

"The most common way that people react is they laugh because they think I'm trying to be funny," she said. "And I'm always left incredibly offended by that."

The 20-year-old Grammy winner said other artists have shared with her that they also have Tourette's, but said she was "not gonna out them because they don't wanna talk about it."

She said that while some of her tics have subsided, she still has some subtle ones.

"These are things you would never notice if you're just having a conversation with me," Eilish said. "But for me they're very exhausting."

Eilish said she's happy to talk about it as it's all "interesting" to her. She also said she doesn't experience tics while she's performing.

"When I'm moving around I'm not even ticking at all," she said.

The man charged Tuesday with seven counts of murder for opening fire at an Independence Day parade in suburban Chicago legally bought five weapons, including two high-powered rifles, despite authorities being called to his home twice in 2019 for threats of violence and suicide, police said.

The Canadian Armed Forces (CAF) has released further details about what will and won’t be allowed under its revised dress code expected to be enforced starting this fall.