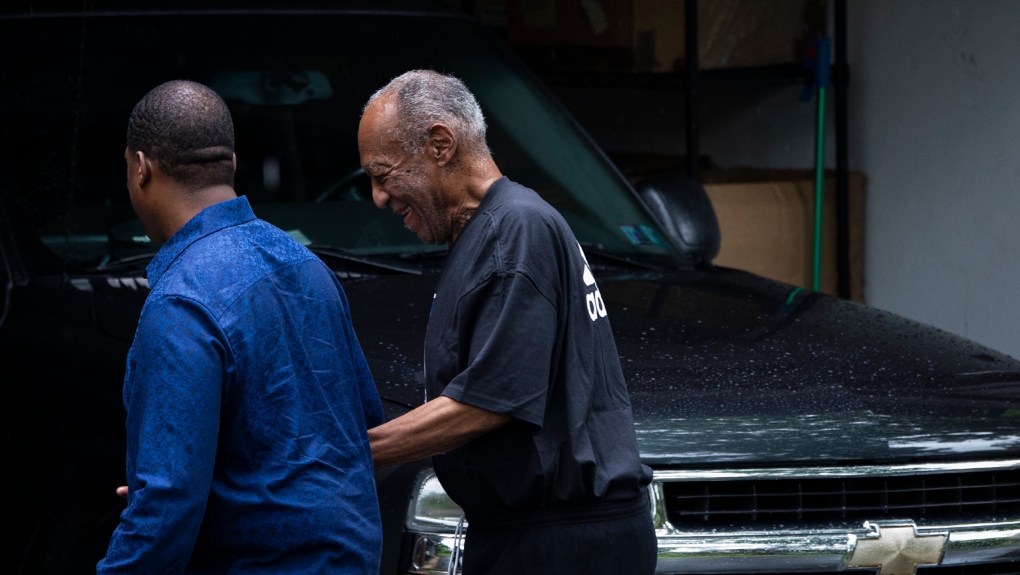 Five women who have long accused Bill Cosby of sexually assaulting them early in their careers have filed the latest lawsuit against the 85-year-old comedian -- and this one calls NBCUniversal, a studio and a production company complicit in the abuse.

The lawsuit comes more than a year after Cosby left prison after his 2018 sexual assault conviction in Pennsylvania was overturned. Earlier this year, a Los Angeles jury awarded US$500,000 to a woman who said Cosby sexually abused her at the Playboy Mansion when she was a teenager in 1975.

The lawsuit filed Monday under New York's one-year window for adults to file sexual abuse complaints involves accusers Lili Bernard, Eden Tirl, Jewel Gittens, Jennifer Thompson and Cindra Ladd. The lawsuit alleges that each woman was abused or assaulted by the A-list actor after meeting him on set or through other entertainment circles in the late 1960s through the 1990s.

"It was well-known that Bill Cosby would regularly take young women into his dressing room, and when you read the complaint, you'll see there were instances where staff saw this happening and even encouraged the plaintiff to submit," said lawyer Jordan Rutsky, who represents all five women.

"This was not a hidden secret that Bill Cosby was doing these things," Rutsky said. "It was just accepted."

The lawsuit alleged that NBC, Kaufman Astoria Studios and Carsey-Werner Television "facilitated the sexual assault of women" by failing to check Cosby's power and proclivities, and failed to protect the women from being alone with him, because they profited from his work. In at least some of the cases, the lawsuit said, Cosby first drugged the woman through drinks or pills he provided. Cosby spokesman Andrew Wyatt said the "accusers have resurfaced to file a frivolous civil lawsuit" against Cosby. He speculated that they hoped to get quick settlements from the corporate defendants and use those funds to finance their pursuit of Cosby.

A spokeswoman for NBCUniversal, the network that aired "The Cosby Show" from 1984 to 1992, said the company would not comment on legal issues. Neither Kaufman Astoria nor Carsey-Werner immediately returned phone or email messages left Tuesday afternoon seeking comment.

"This isn't about justice for victims of alleged sexual assault, it's all about money," Wyatt said in a statement, echoing the defence arguments in Cosby's criminal retrial, when the Pennsylvania jury convicted him of drugging and sexually assaulting a Temple University employee at his Philadelphia-area home in 2004.

Cosby served nearly three years in prison before the state Supreme Court overturned the conviction, finding that he gave incriminating testimony in a deposition about the encounter only after believing he had immunity from prosecution. The trial judge and an intermediate appeals court had found no evidence of such immunity.

Bernard, who played "Mrs. Minifield" on "The Cosby Show" in the early 1990s, also has a pending lawsuit against Cosby in New Jersey over an alleged encounter in Atlantic City.

Seven other accusers received a settlement from Cosby's insurers in the wake of the Pennsylvania conviction over a defamation lawsuit they had filed in Massachusetts. Their lawsuit said that Cosby and his agents disparaged them in denying their allegations of abuse.