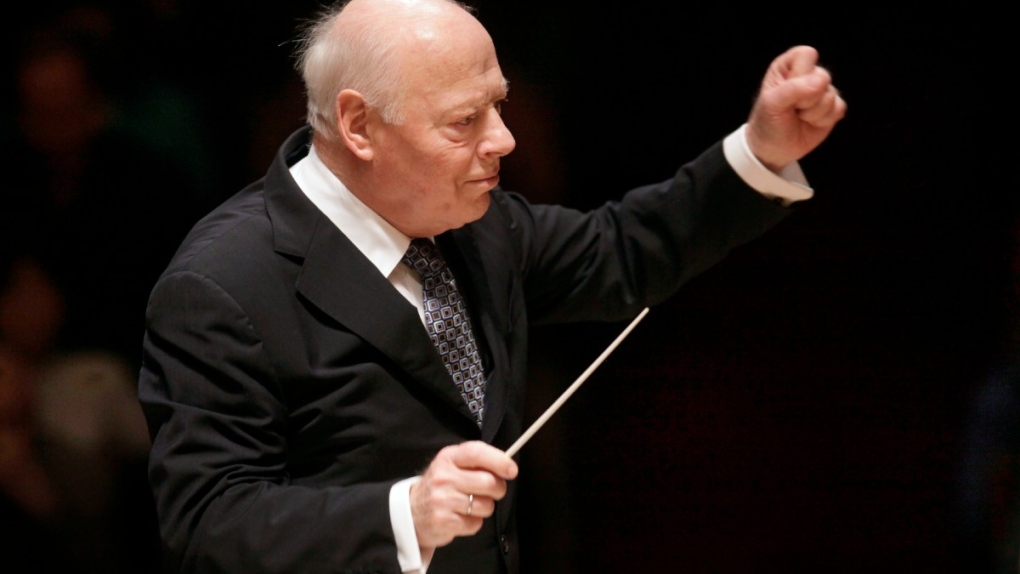 Bernard Haitink, a Dutch conductor of refinement and grace who led the Royal Concertgebouw Orchestra for 27 years and held leadership positions in London, Chicago and Boston, died at his home in London on Thursday, his management agency announced. He was 92.

Haitink was born in Amsterdam on March 4, 1929, studied violin and conducting at the Conservatorium van Amsterdam, and made his conducting debut with the Netherlands Radio Union Orchestra on July 9, 1954.

He conducted his first performance with the Concertgebouw, the Netherlands' premier orchestra, on Nov, 7, 1956, became co-principal conductor with Eugen Jochum in 1961 and sole principal conductor in 1963, a position he held he held until 1988. Under his tenure, the Concertgebouw was considered among the world's premier orchestras alongside the Berlin and Vienna Philharmonics.

Haitink was known for interpretations without flash.

"Haitink's approach was more passionate than portentous, happily lacking in heaviness," Associated Press critic Daniel J. Wakin wrote after a Brahms Symphony No. 2 with the Berlin Philharmonic at New York's Carnegie Hall in 1991.

Haitink developed a lengthy and influential career in England, where he was chief conductor of the London Philharmonic from 1969-79 and music director of the Glynebourne Festival from 1978-88.

He succeeded Colin Davis as music director of The Royal Opera, Covent Garden, in 1987 and held the position until 2002. Among the highlights of his tenure were a color-splashed Graham Vick production of Verdi's "Falstaff" that reopened the refurbished Royal Opera House in December 1999.

"If we have seen a lot of Haitink here in the concert hall and the opera house over the past three decades and more, that has been our gain, for he is one of the leading conductors of our age, a superbly natural musician who brings a rare combination of rigour and expressiveness to everything he tackles," Andrew Clements wrote in the Guardian before Haitink stepped down from Covent Garden. "Haitink's performances have always been a reflection of the man himself: direct, unshowy and profoundly truthful."

"His loss leaves an immense void in the world of music," Muti said in a statement.

Dutch Prime Minister Mark Rutte, himself a keen pianist, paid tribute to Haitink after a European Union summit in Brussels.

"Sadly, he is no longer with us. We will miss him greatly, all music lovers around the world," he said.

Haitink conducted 111 performances with the Vienna Philharmonic, making his debut in February 1972 and leading the ensemble on tour to Costa Mesa, California, and Carnegie Hall in 2002. He conducted his final four concerts with that orchestra at age 90 from Aug. 30 to Sept. 6, 2019, programs of Beethoven and Bruckner in Salzburg, Austria; London; and Lucerne, Switzerland.

"The music world has lost a great conductor and advocate for classical music," said General Director of the Concertgebouw Simon Reinink. "We cherish fond memories of the unforgettable concerts he conducted in our building for more than sixty years."

Haitink was nominated for nine Grammy Awards and won two, for 2003 opera recording with the Royal Opera for Janacek's "Jenufa" and for 2008 orchestral performance with the Chicago Symphony Orchestra for Shostakovich's Symphony No. 4.

His recordings include Beethoven and Brahms symphony cycles for the London Symphony Orchestra's LSO Live label, and an extensive library for Phillips and EMI.