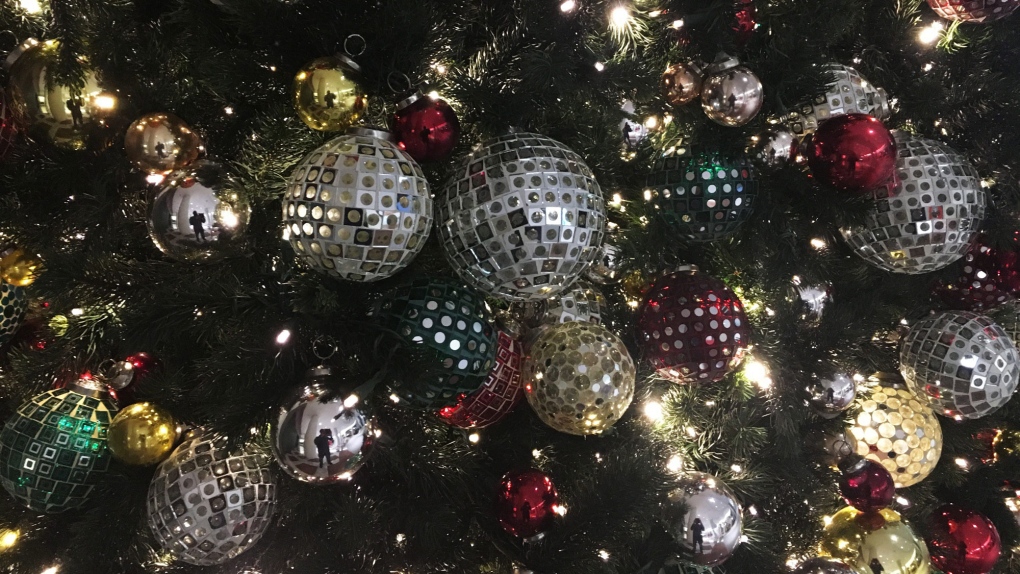 In this Friday, Dec. 1, 2017, photo, ornaments hang on a Christmas tree on display in New York. (AP Photo/Swayne B. Hall)

TORONTO -- Controversial holiday standard "Baby, It's Cold Outside" is returning to playlists at Bell Media's radio stations starting next week.

A spokesman for the Canadian broadcaster says feedback from listeners has led the company to reintroduce the 1944 duet after yanking it out of rotation last Christmas season.

Bell was among numerous radio operators who effectively banned "Baby It's Cold Outside" from their airwaves following scrutiny over what some called inappropriate lyrics in the wake of the .MeToo movement. Most versions of the song feature a male performer trying to persuade a female singer to stay inside, with exchanges that include, "What's in this drink?" and "Baby, don't hold out."

The perennial favourite was originally penned by "Guys and Dolls" songwriter Frank Loesser to perform with his wife, Lynn Garland, at parties.

In more recent years, critics have pointed out the dialogue between the singers comes off as the prelude to a sexual assault, particularly because the woman declines the man's advances numerous times.

Others have defended the song, saying it's a playful flirtation.

Those debates reached a crescendo last year when Cleveland radio station WDOK-FM announced it would no longer play the track in response to listener feedback.

Rogers Media also removed the song from its Christmas stations around the same time. A representative for the company did not respond to questions about whether it planned to reintroduce the track this year.

Public broadcaster CBC bumped the song from its holiday streaming playlists last year only to add it back within days after an audience backlash. CBC spokeswoman Teaghan Hawke says the public broadcaster intends to keep "Baby, It's Cold Outside" on its playlists.

"Song lyrics are always open to interpretation and we recognize there are differing opinions pertaining to the lyrics," she wrote in an emailed statement.

"Listeners have the option to skip past the song if they fall into the camp that thinks the lyrics are inappropriate."

Hawke said CBC radio hosts will also have the option to "address the debate directly" on their programs and engage with listener feedback.

The protests around "Baby, It's Cold Outside" in Canada may be overblown, according to a survey conducted last year. Campaign Research found 72 per cent of respondents to a national poll disagreed with radio stations that pulled the song because some listeners found the lyrics upsetting.

Some pop artists have found ways to get around the debate entirely by making changes to the classic. A new version recorded by John Legend and Kelly Clarkson will debut this year with updated lyrics that emphasize consent.