'Be a lady' video about impossible standards for women goes viral 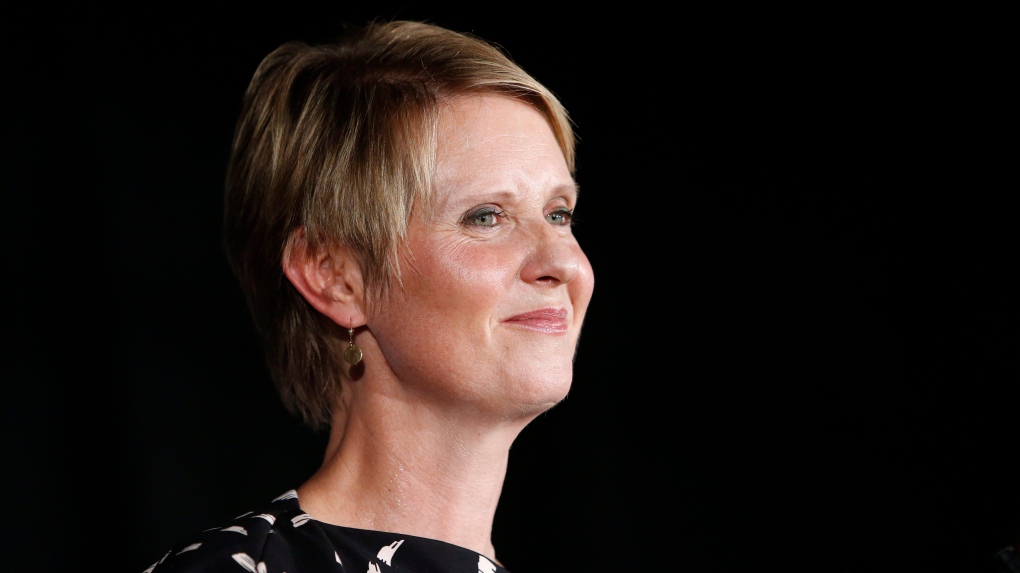 WARNING: The video linked to in this story contains graphic images that may not be suitable for all audiences.

“Your skirt is too short; your shirt is too low. Don’t show so much skin; cover up. Leave something to the imagination. Don’t be a temptress. Men can’t control themselves. Men have needs. Look sexy. Look hot. Don’t be so provocative; you’re asking for it. Wear black. Wear heels. You’re too dressed up; you’re too dressed down.”

So begins narrator Cynthia Nixon in a powerful three-minute video that aims to highlight the daily pressures and unattainable expectations placed on women.

As Nixon speaks, images of women trying to aspire to impossible beauty standards and traditional gender roles flash across the screen in quick succession while an ominous soundtrack swells in the background.

“Eat up. Slim down. Stop eating so much. Order a salad. Don’t eat carbs, skip dessert, go on a diet. God, you look like a skeleton! Why don’t you just eat? You look emaciated, you look sick. Men like women with some meat on their bones. Be a size zero. Be a double zero. Be nothing. Be less than nothing,” Nixon continues as a medical flatline is displayed on screen.

The video was produced for the new magazine “Girls. Girls. Girls.” and is based on a piece of writing by Camille Rainville that was published on her blog “Writings of a Furious Woman” in 2017.

The piece explores the conflicting messages women have been given about how they should look, eat, and behave in the workplace and in relationships with men. It also addresses other issues related to feminism and sexual assault, such as victim-blaming.

Since the video was shared online on Monday, it has racked up more than four million views and has garnered overwhelming praise for the magazine and Nixon.

The former “Sex and the City” star and political activist commented on the outpouring of support for the video on Twitter.

“Proud to be involved with this powerful film that has struck a chord with so many people around the world,” she tweeted on Tuesday.

While the video is earning plenty of praise, it has also attracted criticism for not presenting a way for women to overcome these external pressures.

Judith Taylor, a sociology professor at the University of Toronto’s Women and Gender Studies Institute, said she can see why the video has become popular as a “compelling” introduction to the contradictions women face; however, she said she thought it was missing another perspective.

“What I find disconcerting about it is that there’s no way out of this tautology in the poetry and there is no solution. There is no third way, if you will,” she told CTVNews.ca during a telephone interview on Thursday. “It strikes me as sort of wallowing in self-pity.”

Taylor said that feminism has come a long way in proving that women can take action in their lives and overcome the expectations of others.

“I find it a kind of sad message and one that I don’t want people to kind of luxuriate in,” she said. “There are so many women who have mapped their way though.”

As an example, Taylor cited the popular and confident singer Lizzo as someone who is irreverent and self-loving, despite societal pressures regarding female appearance and behaviour.

“Her music is so much about breaking down those expectations and being true to yourself that the poem strikes me as a step back,” she said. “There are so many voices making alternative paths that are so attractive.”

What’s more, while Taylor acknowledged that the expectations for women presented in the video are all true, she said it would also be possible to create a similar version for men.

“For instance, like [they should] be sensitive, be emotional, but make a lot of money, be a go-getter, be brave, be physical, don’t be pushy, don’t be violent,” she offered. “There’s a weird set of dual expectations for young men too.”

As for Nixon’s role in the video, Taylor praised her as an “amazing force in the world for women” and a role model for young women.

“I would rather young women just watch interviews with her than have her in the video,” she said. “I hope that they pay attention to her and maybe follow her more substantively.”

Proud to be involved with this powerful film that has struck a chord with so many people around the world: https://t.co/IcK7Tco5T3 #bealady #girlsgirlsgirlsmag