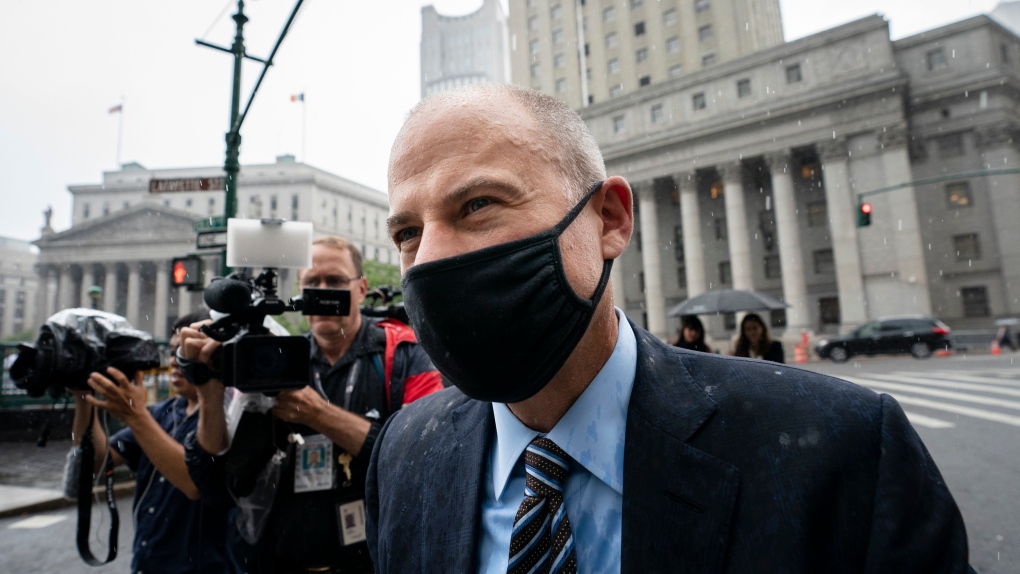 Avenatti was also fined US$10 million by U.S. District Judge James V. Selna. The judge said Avenatti's sentence in Southern California will be served after he finishes a five-year term for separate convictions in New York.

This was the last of three major federal criminal cases to wrap up against the 51-year-old Californian. Avenatti is currently serving prison time for stealing book proceeds from Daniels -- who sued to break a confidentiality agreement with Trump to stay mum about an affair she said they had -- and for trying to extort Nike if the shoemaker didn't pay him up to US$25 million.

Avenatti pleaded guilty earlier this year to four counts of wire fraud and a tax-related charge despite not reaching a plea deal with federal prosecutors, saying he wanted to be accountable and spare his family further embarrassment. He was accused of negotiating and collecting settlement payments on behalf of his clients and funneling the money to accounts he controlled, and spending it on his own lavish lifestyle, including a private jet.

"Despite the significant advantages that this defendant had -- a first-rate education, a thriving legal career -- he chose to commit the deplorable acts in this case time and time again," prosecutor Brett Sagel told the court in Santa Ana. "The defendant is just another criminal who thinks the law is something that applies to other people."

His voice breaking, Avenatti apologized to the clients he bilked, including two who told the court about how losing the money and their trust in someone they thought had their back upended their lives.

"I am deeply remorseful and contrite," Avenatti said. "There is no doubt that all of them deserve much better, and I hope that someday they will accept my apologies and find it in their heart to forgive me."

Authorities in California said Avenatti carried out what amounted to a "sophisticated Ponzi scheme" by collecting settlement payments on behalf of vulnerable clients and using the money to fund his exorbitant lifestyle.

In one instance, prosecutors said Avenatti collected a US$2.75 million settlement payment for a client and used much of the money to buy a private airplane.

In another, he collected a US$4 million settlement from Los Angeles County for a man who suffered in-custody injuries and was left paraplegic after a suicide attempt, but never told him the money was received. Instead, authorities said Avenatti used the funds to finance his coffee business and pay personal expenses, and gave the man smaller amounts ranging from US$1,000 to US$1,900 that he called advances on the broader settlement.

The man, Geoffrey Johnson, told the court the deception was about more than money.

"I am not sure I ever can trust anyone else again," Johnson said. "I continue to have nightmares that people are out to get me. My view of humanity has certainly changed, and not for the better."

In addition to the prison sentence, Avenatti was ordered to pay more than US$7 million in restitution to his clients and more than US$3 million to the Internal Revenue Service. The government dropped all other remaining charges against Avenatti stemming from a 36-count indictment.

Authorities said the case against Avenatti started out as a civil tax issue but widened into a far-reaching criminal probe.

Avenatti, who represented himself in the proceedings, asked the court to consider the good he did as a lawyer before and aside from his crimes. He referenced helping reunite immigrant children separated from their parents by the Trump administration, and representing a rape victim while out on bail in this case. He said a lengthy sentence at his age would not give him a meaningful chance to do right by his victims or to be a father to his children.

Selna noted Avenatti had done much good in his life, but said that wasn't all.

"He has also done great evil, for which he much answer," the judge said before sentencing him. "It is now time to pay his debts to the victims, the government and society."