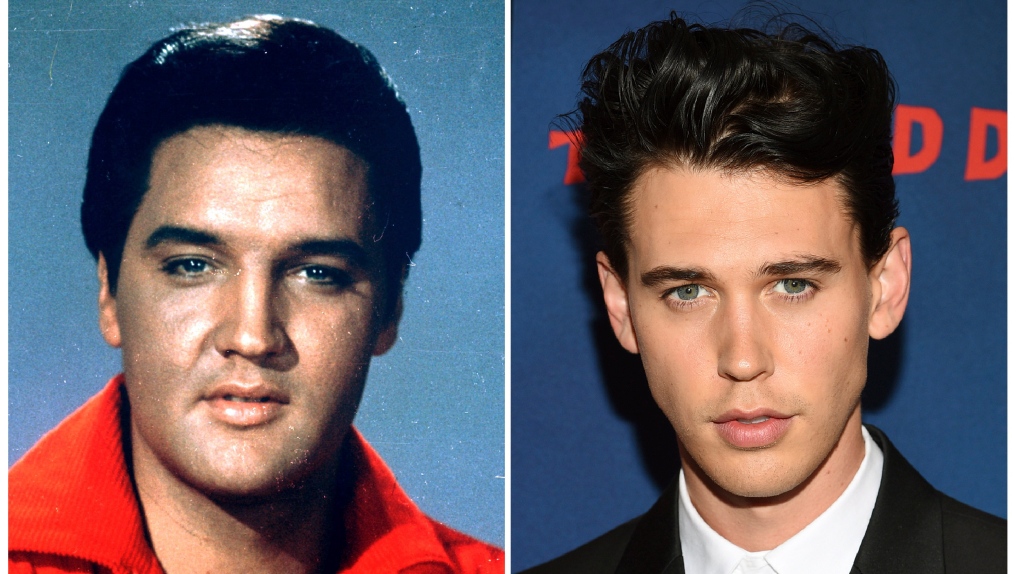 This combination photo shows singer-actor Elvis Presley in a 1964 photo, left, and actor Austin Butler at the premiere of "The Dead Don't Die" in New York on June 10, 2019. (AP Photo)

Austin Butler ("The Carrie Diaries," "Arrow") will play Elvis Presley in the untitled drama that follows the music legend's rise to fame and his complex relationship with his manager Colonel Tom Parker.

Tom Hanks is set to play the role of Parker.

"I knew I couldn't make this film if the casting wasn't absolutely right, and we searched thoroughly for an actor with the ability to evoke the singular natural movement and vocal qualities of this peerless star, but also the inner vulnerability of the artist," Baz Luhrmann said in a statement.

Luhrmann ("Moulin Rouge," "The Great Gatsby") will direct from a screenplay co-written with Craig Pearce. The film will begin shooting early next year in Queensland, Australia.

Butler is currently starring with Bill Murray, Selena Gomez and Adam Driver in Jim Jarmusch's "The Dead Don't Die" and will shortly be seen opposite Leonardo DiCaprio, Brad Pitt and Margot Robbie in Quentin Tarantino's "Once Upon a Time in Hollywood."