At 90, Christopher Plummer says he's the best actor he's ever been 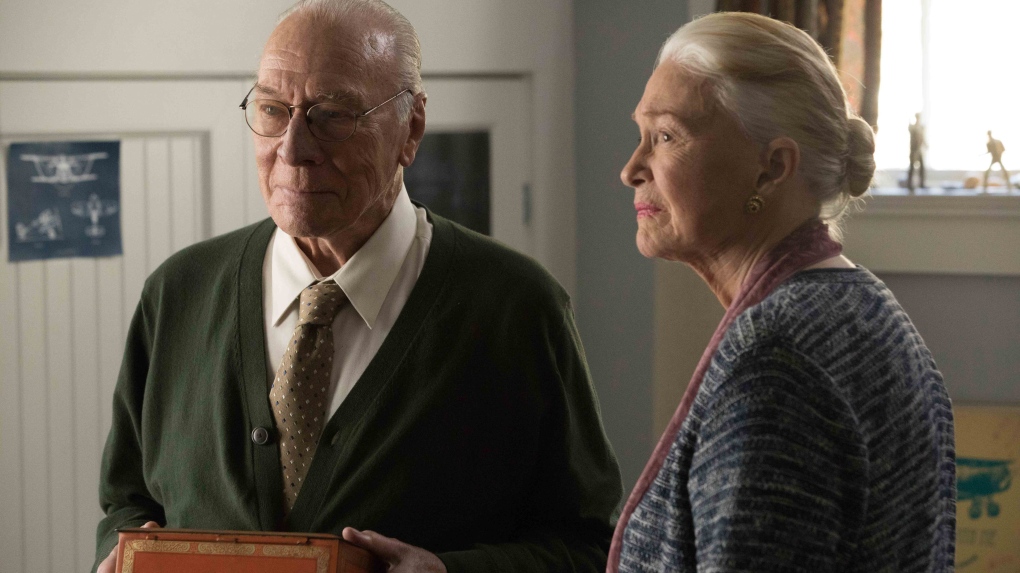 Actors Christopher Plummer and Diane Ladd are shown in a scene from the film 'The Last Full Measure.' (THE CANADIAN PRESS/HO-Roadside Attractions-Jackson Lee Davis)

TORONTO -- At age 90, Oscar-winning Canadian actor Christopher Plummer is still coming into his own in some ways.

"The Sound of Music" star had fans abuzz on social media when he became a nonagenarian on Dec. 13 and when he was a category on "Jeopardy!" earlier this month.

And he's making a splash in a steady flow of projects, including the Oscar-nominated murder mystery "Knives Out" and his new Vietnam War-focused film "The Last Full Measure," which opens in Canada on Friday.

He says he's still getting top-tier work, still discovering new things about his craft, and still feels jitters on set and moments of "panic" about his career.

"The more mature you get -- and I don't think you can get more mature than 90 -- the more the scripts improve and the more you somehow learn about your craft,"' Plummer said in a recent phone interview.

"And there's a little panic about it, too, because you think, 'Oh my God, of course I should have done that that way, many years ago.'

"And then you start to think, 'Gosh, I've got only a few hours left.' So there's a strange panic that does set in every now and then. But I feel quite happy and lucky that I've received very good, well-written scripts lately."

While the scripts improve, the on-set nerves never go away for the Toronto-born, Montreal-raised stage and screen legend.

"I usually walk on terrified that I'm going to not make it through the first take," Plummer said with a chuckle from Palm Beach, Fla., where he spends time in the winter. He also has a home in Connecticut.

"Without jitters, you're no good, you'd be terrible. They supply all sorts of different colours."

"The Last Full Measure" stars Plummer as the father of the late William H. Pitsenbarger, a young U.S. Air Force pararescue jumper who saved nearly 60 men in one of the bloodiest battles of the Vietnam War.

Todd Robinson wrote and directed the drama, which follows the journey to get Pitsenbarger a posthumous Congressional Medal of Honor upgrade.

Sebastian Stan plays the Pentagon staffer who uncovered a conspiracy while working on the medal upgrade.

Plummer said he admired the way Robinson deftly handled the story about a war that "we don't want to ever talk about ... and certainly the soldiers didn't want to talk about it when they left it."

"The Last Full Measure" co-stars include William Hurt, Samuel L. Jackson, Ed Harris, and Peter Fonda, who died in August and with whom Plummer also co-starred in the 2018 film "Boundaries."

"Oh Peter, God, what a lovely actor and what a lovely man," said Plummer, who has also known several other members of the Fonda family.

"He always had such a big heart and he was such a joy to be around, because his enthusiasm for everything was very infectious. We're all going to miss him like mad."

Plummer has had a huge career resurgence in the last decade or so.

In 2010 he got an Oscar nomination for "The Last Station," in 2012 he won the golden statuette for "Beginners," and in 2018 he was nominated again for "All the Money in the World," in which he replaced disgraced actor Kevin Spacey in the role of oil tycoon J. Paul Getty at the last minute.

His upcoming projects include the Canadian series "Departure" for Global Television and three films he said he can't talk about yet.

For his recent stint on the "Jeopardy!: The Greatest of All Time" tournament, Plummer read out the clues in pre-taped videos recorded in his Connecticut home.

He said he was "thrilled" to do something for the show and for Canadian "Jeopardy!" host Alex Trebek, who is battling Stage 4 pancreatic cancer.

"I admire Alex Trebek so much," Plummer said. "He's been such a graceful and generous host for the last God knows how long, 40 years it must be since I first saw 'Jeopardy' all that time ago, and he's kept that standard going. He's amazing."

Plummer said he still has friends in Toronto and Montreal and visits Canada a lot.

And he still has some travel destinations on his bucket list -- Egypt and India among them.

"I've been to most places on the map, but the Far East has eluded me, and I'd loved to have done something like that," Plummer said. "Maybe something will turn up."

Asked if he feels his legacy resonates just as much as it did 50 years ago, Plummer said: "Yes, I think more actually. It's very nice."