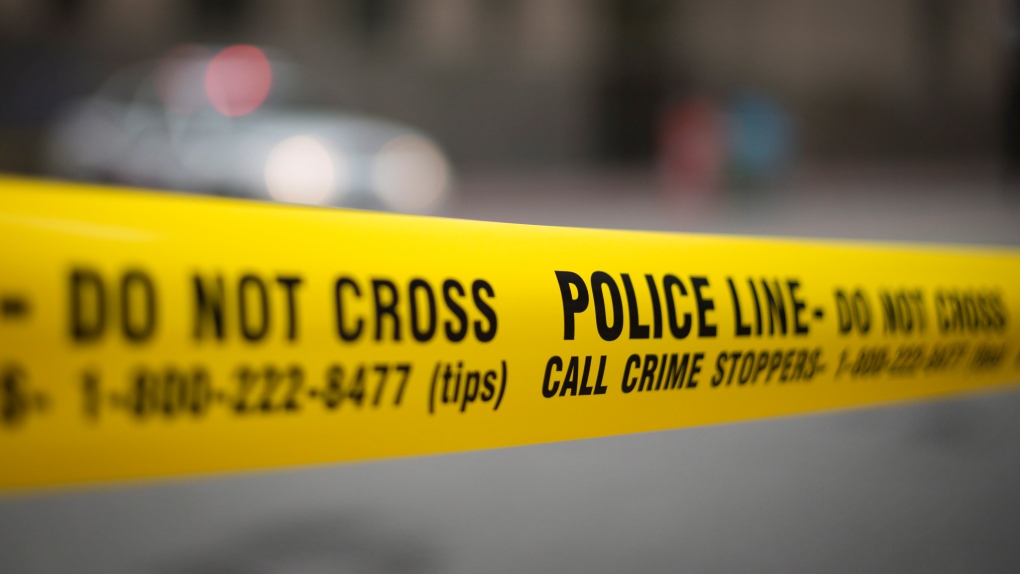 Police tape is shown in this stock image taken in Toronto, Ont., on Tuesday, May 2, 2107. THE CANADIAN PRESS/Graeme Roy
LOS ANGELES -

A man was shot and killed late Monday night as he was walking in Koreatown.

The shooting happened at about 11:30 p.m. Monday in the 700 block of South New Hampshire Avenue. Officers responding to a report of shots fired at first could not find anyone who had been shot — then the man was found in a planter in front of an apartment complex.

The man had suffered gunshot wounds and was unresponsive. He was pronounced dead at the scene, and police have not been released his name. His wife, who came to the scene, identified him as Lataurissha O'Brien, a UPS driver, aspiring rapper, and father of three with one on the way. She said he was known as Half Ounce.

Police say the man had been walking on the sidewalk when two people drove up in a vehicle. The passenger got out and fired several times at the man, then jumped back in the vehicle. The suspects were described only as wearing dark clothes and may have driven away south in a dark SUV.

One witness said they heard 12 shots. A nearby school was closed for the day due to the investigation.

A possible motive for the shooting is not known, and police say have not ruled out whether it was gang related.

Anyone with information on the shooting can contact West Bureau homicide investigators at (213) 382-9470.