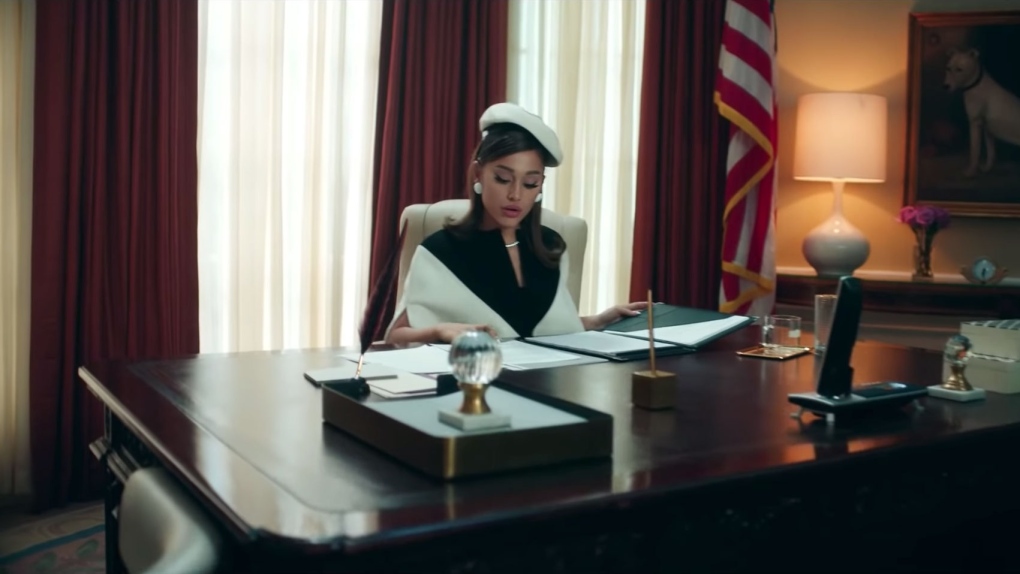 Ariana Grande makes an impressive president in the video for her new single, "Positions."

Throughout the video, Grande imagines herself in the White House, leading an inclusive and fashionable team of cabinet officials.

The video is directed by Dave Meyers.

The single is part of Grande's next album, which drops Oct. 30.

In early 2020, Ariana Grande sang "7 rings" and "thank u, next" at the 62nd Annual Grammy Awards. She also appeared on "Stuck with U" with Justin Bieber and "Rain on Me" with Lady Gaga.