Andrew Lloyd Webber to transfer his 'Cinderella' to Broadway

Andrew Lloyd Webber to transfer his 'Cinderella' to Broadway 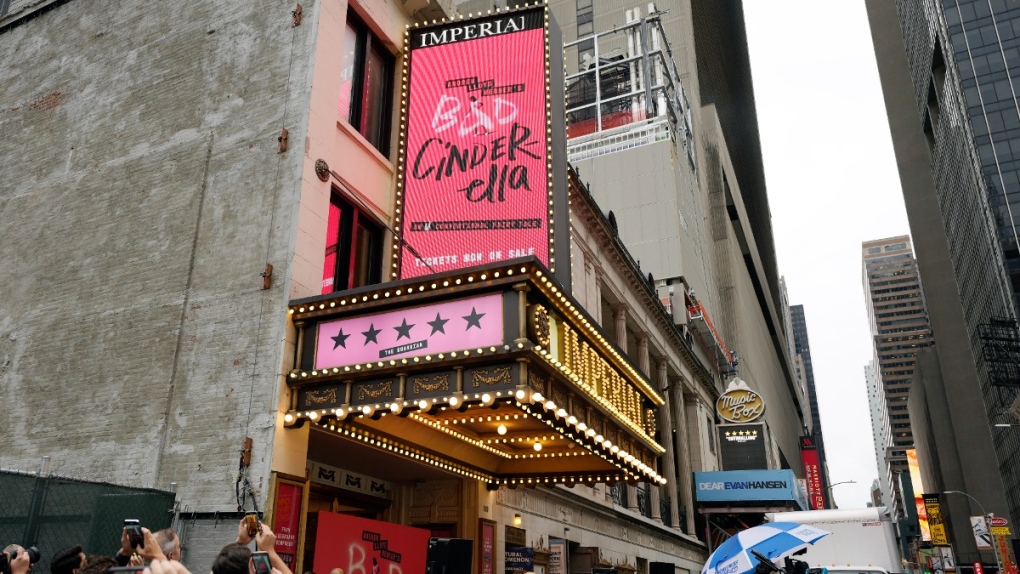 The marquee for the upcoming production of Andrew Lloyd Webber's "Bad Cinderella" on Broadway appears outside the Imperial Theatre, Oct. 3, 2022, in New York. (Photo by Charles Sykes/Invision/AP)
NEW YORK -

Andrew Lloyd Webber is saying goodbye to his last remaining show on Broadway and welcoming another.

The musical theatre icon announced Monday that his retooled version of "Cinderella" will land in New York at the Imperial Theatre in February with new songs, a new leading lady and a new title.

"Bad Cinderella" -- borrowing the title from a key song in the show rather than using London West End's blander name "Cinderella" -- will star Linedy Genao in the title role. She's had ensemble roles in "Dear Evan Hansen" and "On Your Feet!" Carrie Hope Fletcher played the title character in London.

Lloyd Webber hopes his fairy tale has a better ending on Broadway than it did in London, where "Cinderella" closed less than a year after opening and suffered heavy losses, particularly when COVID-19 scrambled its run.

The composer at a press conference outside the theatre noted that the show will officially open -- and the reviews will be posted -- on March 23, a day after his 75th birthday. "It'll be a treat to see what kind of birthday present I get," he said.

Genao then used a cannister of spray paint to spray the word "Bad" over the show's original logo. "I have one thing to tell you," she said. "I'm not your Cinderella. I'm your bad Cinderella."

The stage musical features a brand new score from Lloyd Webber with a book by Emerald Fennell and lyrics by David Zippel. JoAnn M. Hunter choreographs with direction by Laurence Connor.

Lloyd Webber is closing his "The Phantom of the Opera" on Broadway in 2023. A fixture on Broadway since 1988, it will close Feb. 18, a day after previews begin for "Bad Cinderella," meaning a Lloyd Webber musical will have been performing on Broadway every single playing night since September 1979.

Prince William's office said 'racism has no place in our society' as he sought to prevent the backlash over his godmother's treatment of a Black advocate for survivors of domestic abuse from overshadowing his trip to the United States.

As of today Canadians can apply for new dental benefit: here's how

The RCMP said investigators are searching a home in Vaudreuil-Dorion, a suburb west of Montreal, as part of a 'national security' operation. The national police force began its operation Wednesday night. Police at the scene would not say what led them to the house on Aquin Avenue, in Quebec's Monteregie region.

Footage of an upcoming documentary about Harry and Meghan released Thursday shows the couple is once again prepared to tackle their rift with the Royal Family head on and in their own words.