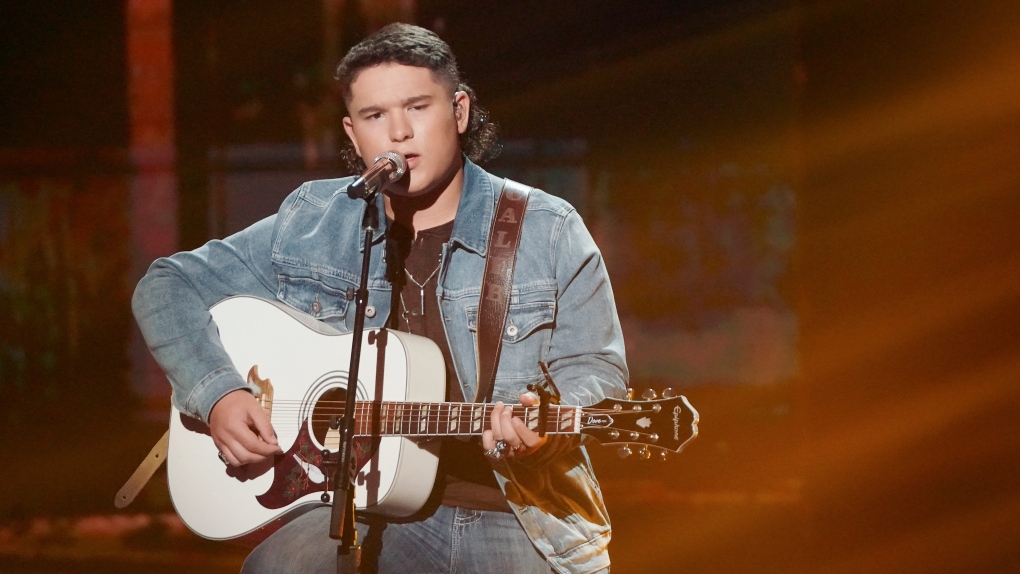 Caleb Kennedy is out of the Top 5 on "American Idol" and has apologized for a video that shows him with someone wearing a Ku Klux Klan-style hood. (Eric McCandless/ABC via CNN)

Caleb Kennedy is out of the Top 5 on "American Idol" and has apologized for a video that shows him with someone wearing a Ku Klux Klan-style hood.

CNN has reached out to ABC, the network on which "American Idol" airs, for comment.

Kennedy, 16, confirmed his exit from the reality singing competition in a statement posted on his verified Instagram account Wednesday.

"Hey y'all, this is gonna be a bit of a surprise, but I am no longer gonna be on American Idol," the statement read. "There was a video that surfaced on the internet and it displayed actions that were not meant to be taken in that way. I was younger and did not think about the actions, but that's not an excuse."

The short video clip has been making the rounds on social media.

Kennedy, a high school student whose hometown is listed as Roebuck, South Carolina on his "Idol" bio, also wrote "I wanna say sorry to all my fans and everyone who I have let down."

"I'll be taking a little time off social media to better myself, but saying that, I know this has hurt and disappointed a lot of people and made people lose respect for me," he added. "I'm so sorry!"

"I pray that I can one day regain your trust in who I am and have your respect! Thank you for supporting me," his statement concluded.

Kennedy's mother, Anita Guy, told the Spartanburg Herald-Journal the clip is being taken out of context and said "I hate this has happened and how Caleb is being portrayed by people online."

"This video was taken after Caleb had watched the movie 'The Strangers: Prey at Night' and they were imitating those characters," she reportedly told the publication. "It had nothing to do with the Ku Klux Klan, but I know that's how it looks. Caleb doesn't have a racist bone in his body. He loves everyone and has friends of all races."

Sunday's episode of "American Idol" will reportedly feature the Top 4, with one contestant elimination.