Amazon's 'Lord of the Rings'-inspired series to bow in 2022 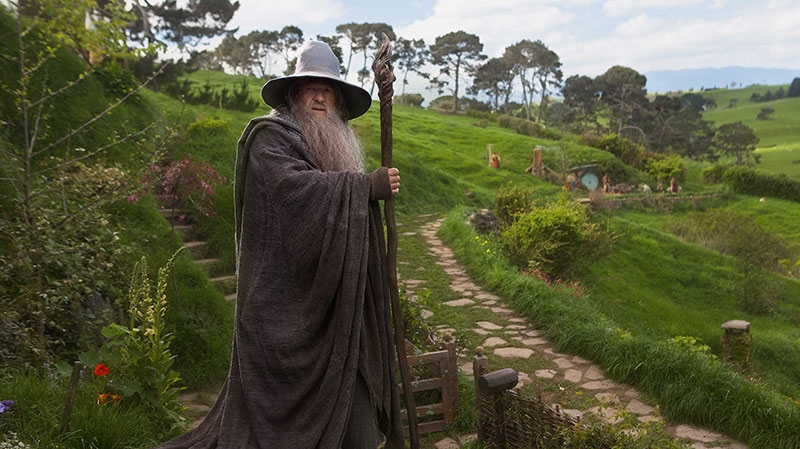 Ian McKellen as Gandalf in a scene from Warner Bros. Canada's 'The Hobbit: An Unexpected Journey.'

LOS ANGELES -- Start the countdown. An Amazon series inspired by J.R.R. Tolkien's "Lord of the Rings" and "The Hobbit" novels will premiere in September 2022.

The date was announced Monday as filming in New Zealand concluded for the as-yet untitled series, which Amazon said will relate the "fabled Second Age of Middle-earth's history."

The story is set thousands of years before the events of Tolkien's famed fantasy-adventure works and will follow new and familiar characters confronting the "long-feared re-emergence of evil to Middle-earth," ground that has yet to be covered on screen, the streaming service said

The series will debut in more than 200 countries and territories with a large ensemble cast that includes Cynthia Addai-Robinson, Morfydd Clark, Ismael Cruz Cordova, Sophia Nomvete and Lloyd Owen.

New Zealand also was the home for taping of director Peter Jackson's "Lord of the Rings" and prequel "The Hobbit" film trilogies.