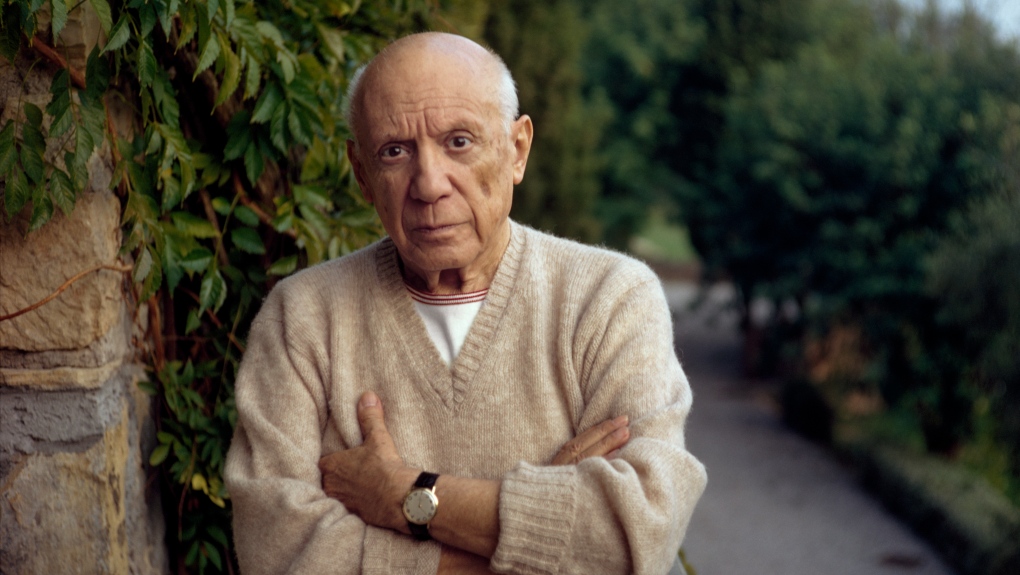 A painting believed to be by Pablo Picasso and estimated to be worth millions of dollars has been found during a drugs raid in Iraq, according to authorities. Pablo Picasso is pictured here in Mougins, France, in 1966. (Tony Vaccaro/Archive Photos/Getty Images)

A painting believed to be by Pablo Picasso and estimated to be worth millions of dollars has been found during a drugs raid in Iraq, according to authorities.

The allegedly stolen artwork was discovered on Saturday in the possession of three people in the Diyala province in central-eastern Iraq, reports the state-run Iraqi News Agency (INA).

The suspects were arrested on suspicion of being involved in the trade and transportation of narcotic drugs, according to the General Directorate for Combating Narcotic Drugs and Psychotropic Substances in the country's Ministry of Interior.

"A painting belonging to the international painter Picasso was seized in their possession, estimated at millions of dollars," said Colonel Bilal Sobhi, director of the anti-narcotics media office, in a statement to the INA.

He added: "The drug trade is linked to many crimes, including murder, theft, kidnapping, rape, gang formation, corruption and family disintegration, until it reaches the antiquities trade."

The raid which led to the discovery of the painting was part of the ministry's ongoing security operations which began in July.

Details about the painting, its ownership history and how it will be authenticated are yet to be released.

Picasso, who died in 1973, amassed an enormous body of work.

During his 78-year career, the Spanish artist completed an estimated 13,500 paintings and around 100,000 prints and engravings. He also created hundreds of sculptures and ceramics and about 34,000 illustrations.

Last year, Picasso's "Head of a Woman" was among three artworks recovered by Greek police almost a decade after they were stolen in a daring museum heist.

In 2019, the renowned artist's $28-million "Portrait of Dora Maar" was recovered by a Dutch art detective, 20 years after it was stolen from the yacht of a Saudi sheikh off the south coast of France.

In May, a portrait of Picasso's lover and mother of one of his children, titled "Femme nue couchée" ("Naked woman reclining"), sold at auction for $67.5 million.

NDP Leader Jagmeet Singh says Conservative Leader Pierre Poilievre should not be opposing a dental benefit for children in low-income homes when MPs receive far broader coverage for their families.

New York Yankees outfielder Aaron Judge tied the MLB American League record for most home runs in a single season Wednesday night during a game against the Toronto Blue Jays at Rogers Centre.