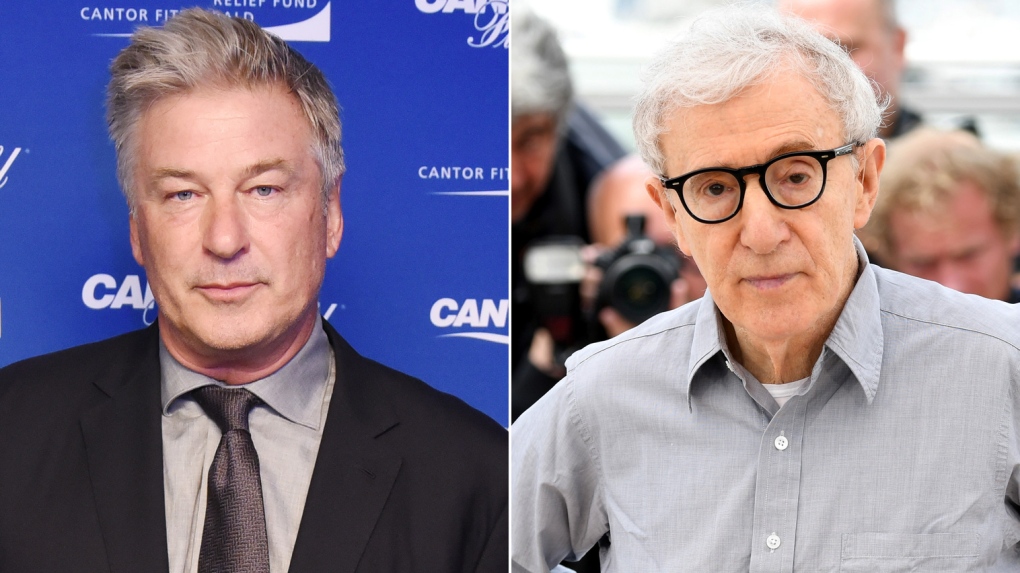 Alec Baldwin is planning to interview filmmaker Woody Allen in an Instagram Live on June 28. (Getty/CNN)

Alec Baldwin has announced that he will be interviewing controversial filmmaker Woody Allen.

The Hollywood star shared in an Instagram post on Sunday that he would conduct an Instagram Live interview with Allen -- who has been accused of child sexual abuse by his adopted daughter Dylan Farrow -- on Tuesday at 10.30 a.m. ET.

Pre-empting criticism the move might prompt, Baldwin wrote in the caption: "Let me preface this by stating that I have ZERO INTEREST in anyone's judgments and sanctimonious posts here."

The 64-year-old actor continued: "I am OBVIOUSLY someone who has my own set of beliefs and COULD NOT CARE LESS about anyone else's speculation. If you believe that a trial should be conducted by way of an HBO documentary, that's your issue."

Baldwin was referring to "Allen v Farrow," a four-part HBO docuseries by Kirby Dick and Amy Ziering that explored the director's relationship with actress Mia Farrow and sexual-assault allegations by their adopted daughter Dylan Farrow in 1992. (Like CNN, HBO is a unit of Warner Bros. Discovery.)

Allen has vehemently denied that he abused Dylan and he has not been criminally charged. He has claimed that the "scorned" Farrow coached or cajoled Dylan to level accusations against him as retaliation for his relationship with her adopted daughter Soon-Yi Previn.

Baldwin has worked with Allen on a number of films, including "To Rome with Love," "Alice" and "Blue Jasmine."

He reiterated his support for the Oscar-winning director in the Instagram video, saying: "I love you, Woody. Instagram, I'm with Woody, Tuesday, 10.30. Be there."

Baldwin was embroiled in a controversy of his own last October when he fired a prop gun that killed cinematographer Halyna Hutchins on the set of the Western film "Rust" in New Mexico.

An investigation by the Santa Fe County Sheriff's Department into the incident is ongoing. Hutchins' family filed a wrongful death suit against Baldwin and the "Rust" crew and production company in February.