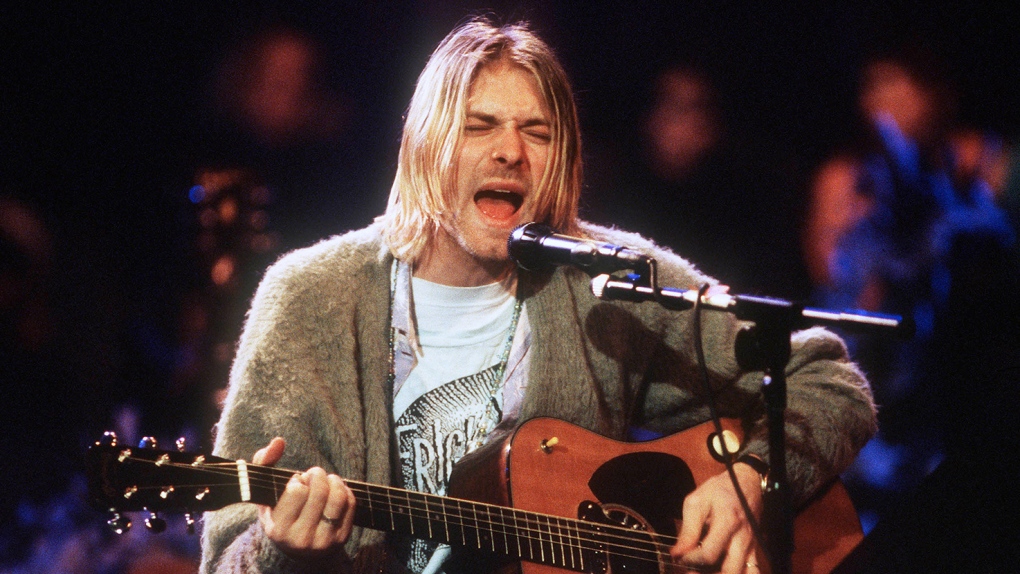 TORONTO -- For anyone who’s ever lost themselves in a Nirvana or Amy Winehouse song and wondered wistfully what music they would have produced if Winehouse and Nirvana frontman Kurt Cobain had lived beyond their 20s, a new project by mental health organization Over the Bridge has provided an AI-generated answer.

“The Lost Tapes of the 27 Club” uses artificial intelligence – and some human assistance – to create ‘new’ songs by Winehouse, Nirvana, Jimi Hendrix and the Jim Morrison-led Doors. Winehouse, Cobain, Morrison and Hendrix are all members of the so-called ’27 club’ – artists, musicians, actors and athletes who all died at the age of 27, many due to substance abuse or other mental health-related issues.

The goal of the project is to draw attention to those in the industry who struggle with mental illness and substance abuse and fight back against its often romanticized place in the music scene, says Sean O’Connor, a board member at Over the Bridge and a creative director at ad agency ReTHINK Canada.

“I think if this were any other industry we would be up in arms about what an epidemic this is. But in the music industry we always sort of glamorize it and romanticize it and it's always an idea of the struggling artist and the authentic art,” he told CTVnews.ca in an interview.

According to Over the Bridge, more than two-thirds of musicians have experienced instances of depression, and workers in the industry are twice as likely to attempt suicide as in the general population.

“We just had this idea to sort of imagine the music that these artists could have made had they had the mental health support. That was the seed of the thought that we started with,” said O’Connor.

The four-song ‘album’ includes “Drowned in the Sun” in the spirit of Nirvana, the Jimi Hendrix-inspired “You’re Gonna Kill Me”, the Amy Winehouse take “Man, I Know”, and Doors-like “The Roads Are Alive”.

To create the music, AI programs were used to analyze dozens of songs by each artist, including rhythms, melodies, hooks and lyrics. The program then spat out all-new music and lyrics that were assembled into songs.

“We put in 30 riffs from an artist and it would output 5 minutes of new riff and we’d be sitting there listening to it with our audio engineer and just pulling out moments,” said O’Connor. Those fragments were then assembled into complete songs.

He said the software had an easier time with some artists than others. For instance, the heavy distortion of Kobain’s grunge riffs were more difficult to recreate as new music than Hendrix’s more defined style.

“If you looked at ‘Drowned in the Sun’, we're putting stuff through and it was often coming out as just these really indiscernible rhythm patterns and walls of sound and things were getting really muddy, really quickly,” he said.

While the lyrics are computer-generated, the vocals were laid down by tribute artists. O’Connor said there are no plans to create more music based on ‘27 club’ artists.

It may seem like stepping on hallowed ground to have a computer create imitations of music by greats who died too young, but O’Connor said reaction to the project has been overwhelmingly positive, and that spotlighting the irreplaceable nature of these artists is the whole point.

“We’re not able to replace these artists and that's not what we're trying to do,” he said. “We're just trying to start this conversation around, if we support these people we don't have to be in 50 years trying to make AI music of all these (other) musicians that we lost too soon.”