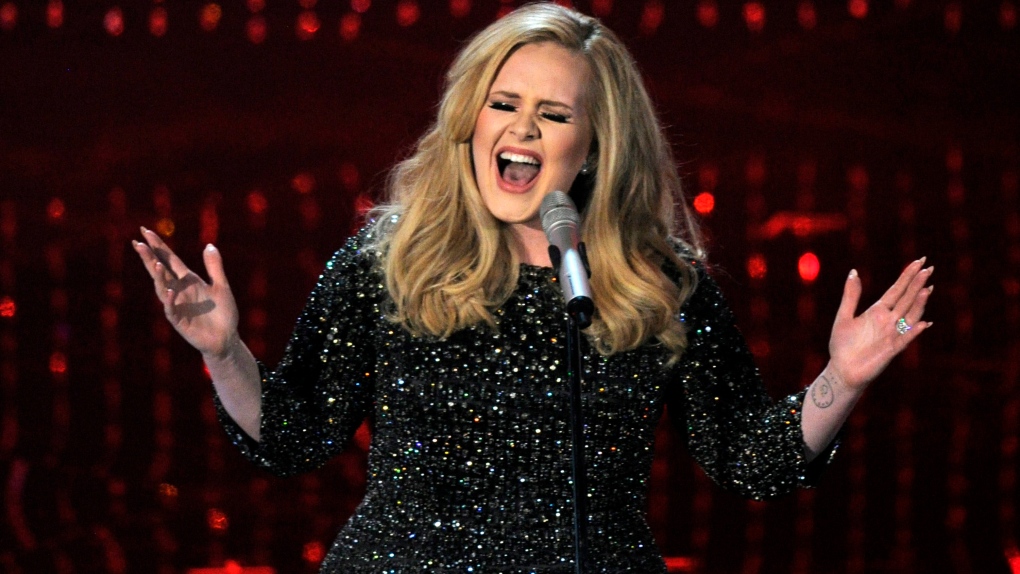 Adele performs during the Oscars in Los Angeles, on Feb. 24, 2013. (Chris Pizzello/Invision/AP)

NEW YORK - Adele's "Hello" has become the first song to sell one million tracks in a week.

Nielsen Music said Monday that Adele's comeback track sold 1.11 million digital songs, setting a new record. Flo Rida's "Right Round" previously had the record for most downloads in a week with 636,000.

"Hello" also debuted at No. 1 on Billboard's Hot 100 chart this week. It is Adele's fourth No. 1 on the chart following "Rolling In the Deep," "Someone Like You" and "Set Fire to the Rain."