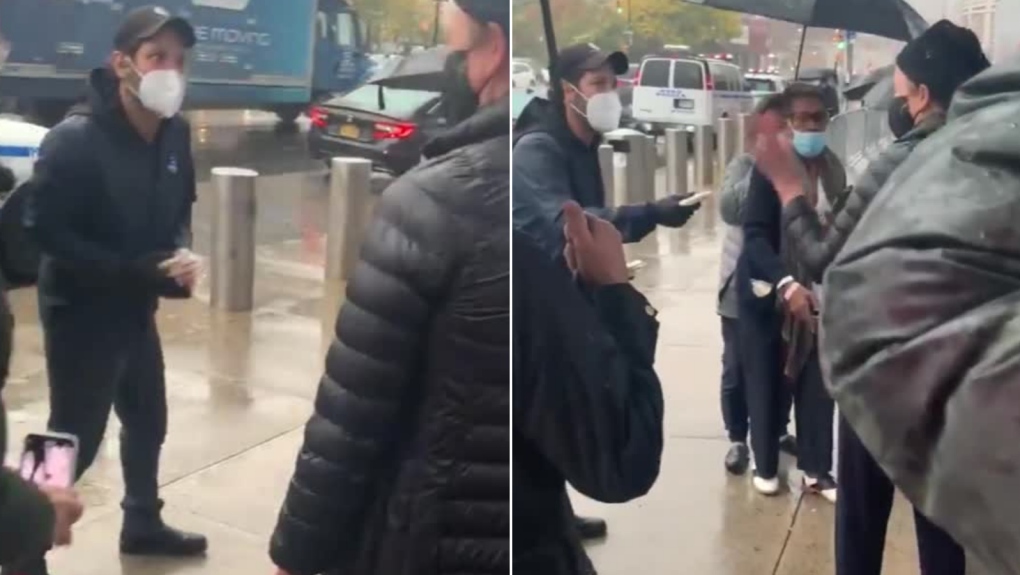 Do your civic duty, get a cookie -- from Paul Rudd.

As people lined up in the rain, waiting to cast their vote, Rudd waited with them, handing out cookies as voters left the polls.

Brian Rosenworcel, drummer for the band Guster, told CNN he was in line to vote at the Barclay's Center when Rudd began to hand out the sweet treats.

"I was standing in line and I thought Paul was just there to vote, but then he starts handing out cookies to people in line," Rosenworcel said. "And he waited to greet people as they exited to say thanks for voting in the rain."

Rosenworcel captured the moment on video and posted it to Twitter.

"I want to say thank you for coming out and voting and doing your part," Rudd is heard saying, his baseball cap and mask covering his face.

This is not the first time Rudd has used his star power for good. The 51-year-old participated in a public service announcement last month, urging New Yorkers to wear a mask.

This election cycle has seen an unprecedented amount of Americans choosing to cast their ballots early, as more than a third of registered voters -- more than 75 million people -- have already voted, according to a survey of election officials in all 50 states and Washington, DC, by CNN, Edison Research and Catalist.

I’m voting in Brooklyn and Paul Rudd is handing out cookies pic.twitter.com/XH4ikButCL