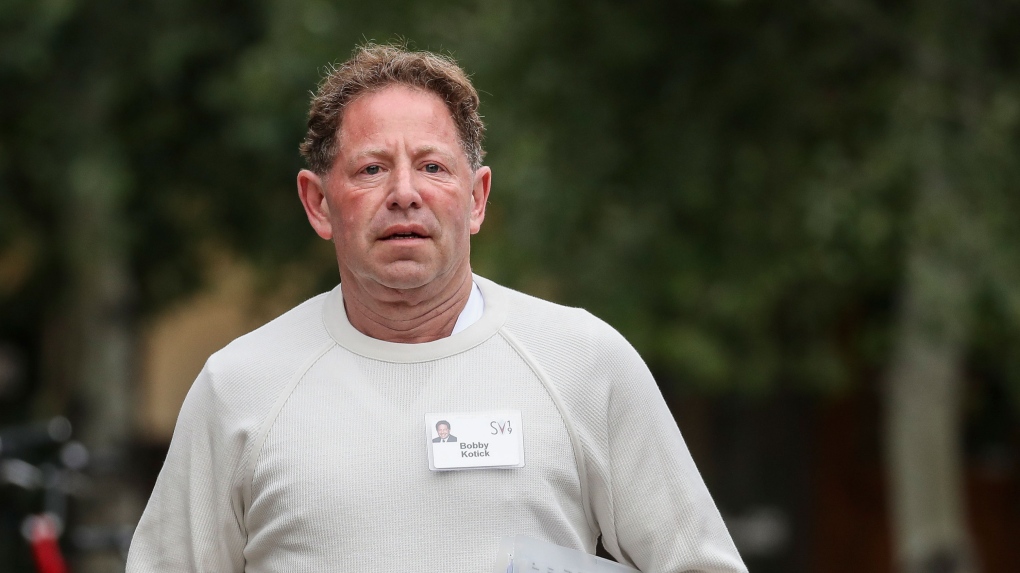 Bobby Kotick, CEO of Activision Blizzard, on July 28, 2021. He said that 'every voice matters' and vowed to do a better job in the future. Drew Angerer/Getty Images

Activision Blizzard's CEO Bobby Kotick admitted that the gaming company's response to a California discrimination lawsuit was "tone deaf" amid a growing employee backlash and accusations of a "frat boy" work culture.

"Every voice matters — and we will do a better job of listening now, and in the future," Kotick said in a note to employees on Tuesday. "I am sorry that we did not provide the right empathy and understanding."

Kotick's response came hours before hundreds of employees staged a walkout on Wednesday to pressure the company to do more to address a host of issues including unequal pay, gender discrimination and harassment.

Those issues burst into the open last week, when California's Department of Fair Employment and Housing, filed a lawsuit accusing Activision Blizzard — the company behind popular video games such as "Call of Duty," "World of Warcraft" and "Candy Crush" — of fostering a "frat boy" work culture where female employees have to "continually fend off unwanted sexual comments and advances by their male coworkers."

The complaint also alleges that "the company's executives and human resources personnel knew of the harassment and failed to take reasonable steps to prevent the unlawful conduct, and instead retaliated against women who complained."

The company's director of corporate communications, Kelvin Liu, blasted the state's filing and investigation as "inaccurate" and "distorted" in a statement to CNN Business following the lawsuit.

Several former employees have detailed their experiences at Activision Blizzard on social media since the lawsuit was filed, and more than 2,000 current and former employees signed a petition on Monday slamming the company's initial pushback against the lawsuit's claims as "abhorrent and insulting."

The petition also cited an internal statement by Frances Townsend, a former George W. Bush administration counterterrorism official and Activision Blizzard's executive vice president of corporate affairs, in which she reportedly described the lawsuit's allegations as "factually incorrect, old and out of context."

Wednesday's walkout aims to "improve conditions for employees at the company, especially women, and in particular women of color and transgender women, nonbinary people, and other marginalized groups," according to a document shared with CNN Business. Its demands of leadership include an end to mandatory arbitration clauses in all employee contracts, changing hiring and promotion policies to improve representation within the company, and publication of compensation data.

Participants of the walkout are also calling on company leadership to hire a third party to audit Activision Blizzard's reporting structure, human resources department and executive staff. "It is imperative to identify how current systems have failed to prevent employee harassment, and to propose new solutions to address these issues," the document said.

In his note to employees, Kotick announced he had hired the law firm WilmerHale to review the company's policies "to ensure that we have and maintain best practices to promote a respectful and inclusive workplace." He urged employees to reach out to the law firm's team led by Stephanie Avakian, a former director of the US Securities and Exchange Commission's Division of Enforcement.

"Of course, NO retaliation will be tolerated," Kotick said. He also said the company would do more to support its workers, creating "safe spaces, moderated by third parties," for employees to share their issues.

"We are immediately evaluating managers and leaders across the company," he said. "Anyone found to have impeded the integrity of our processes for evaluating claims and imposing appropriate consequences will be terminated."

In a letter shared with CNN Business ahead of the walkout on Wednesday, participants said Activision Blizzard's latest responses did not address several of their demands, including an end to forced arbitration, greater pay transparency and employee involvement in selecting a third party to audit the company's processes.

"While we are pleased to see that our collective voices ... have convinced leadership to change the tone of their communications, this response fails to address critical elements at the heart of employee concerns," the letter said. "Today's walkout will demonstrate that this is not a one-time event that our leaders can ignore."