Abigail Disney takes her fight to her family's turf 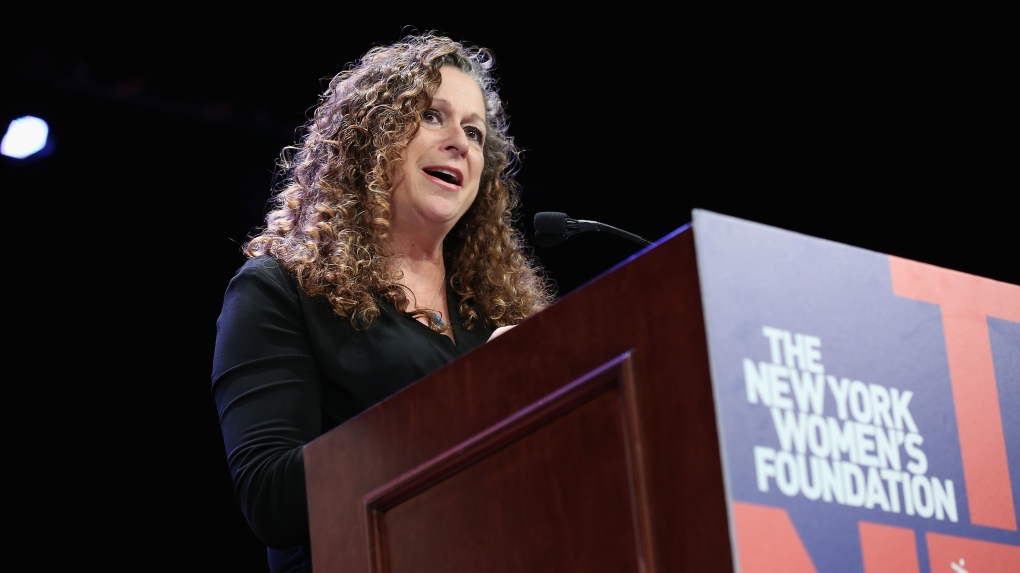 Abigail Disney, pictured here, on May 10, 2018 in New York City, is a longtime critic of her family's business, and now will take her fight to Disney's turf: The big screen. (Monica Schipper/Getty Images for The New York Women's Foundation via CNN)

Abigail Disney, a longtime critic of her family's business, is taking her fight to Disney's turf: The big screen.

The film is set to debut Monday night at the Sundance Film Festival. Disney and her siblings have not yet found a distributor for the movie, but the Times reported they are hopeful the Sundance debut will help it attract a streamer, such as Netflix or Amazon, to pick it up.

In a Sundance video promoting the film, Disney says she was inspired to create the movie after a Disneyland employee (the company calls them "cast members") reached out about pay disparity and the inability to afford enough food on theme park pay.

"It got extremely personal when I got reached out to by a cast member in Anaheim and that's when we knew there was a really important film to be made," she said. "I don't think people think about workers at 'the happiest place on earth' going without food."

Disney hiked its pay for most cast members to $15 an hour at Florida's Disney World in 2018, and it recently began paying cast members $17 in California's Disneyland theme park -- with a raise to $18 by 2023. The company also noted in a statement out Monday that it offers many benefits to help staff advance in their careers.

"The well-being and aspirations of our employees and cast will always be our top priority," the company said. "We provide a leading and holistic employment package that includes competitive pay and comprehensive benefits for our cast members to grow their careers and care for their families. That starts with fair pay and leading entry wages, but also includes affordable medical coverage, access to tuition-free higher education, subsidized childcare for eligible employees, as well as pathways for personal and professional development."

The company said it remains committed to identifying new ways it can support cast members.

Although Disney is not a major shareholder in the company and holds no management position with the company, she said she brings a personal connection to the story because of her lineage.

"What I bring to this is a memory of who my grandfather was in the 1960s and early 70s -- what kind of CEO he was, how he greeted people, how he understood them as partners and not cogs in a machine," Disney said.

Disney has been highly critical of the company, calling the board "insane" for giving CEO Bob Iger a $66 million package in 2018 --1,424 times that of the median salary of a Disney employee. The New York Times, which viewed the film, said Disney and her sister agree in the movie that their grandfather would never have accepted huge multimillion-dollar paydays if he had known people working for him were unable to afford food.

Abigail Disney has repeatedly taken her fight against the company to the press. After the company furloughed thousands of its lowest-paid workers during Covid, Disney tweeted, "WHAT THE ACTUAL F***?????" noting the company had just paid executives millions of dollars. And when it brought theme park workers back, she accused the company of doing too little to protect their health.

She has supported Senator Elizabeth Warren's efforts to rein in Disney. And when she went to Disneyland to see first-hand how workers were treated, the company lashed out, calling her venture a "stunt."

Disney said she hopes the film can help bring about change.

"We want to make sure policy and social norms change in a positive direction," Disney said in her promotional video. "I'm hoping it's not just personal but a story you can relate to."