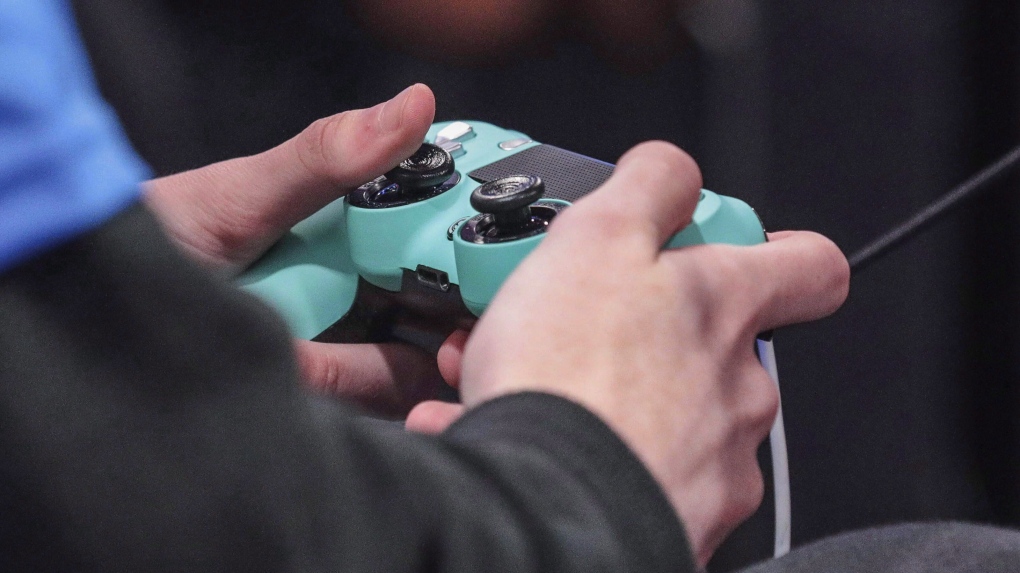 With winter weather approaching and our social options limited due to the COVID-19 pandemic, kids and teenagers might be tempted to fill their free time playing video games.

Here are five games released in 2020 that parents might be comfortable letting their kids play as they while away the hours this fall.

The anticipated latest entry into Nintendo's "Mario Kart" series literally takes the action into your house.

The "Mario Kart Live" kit comes with a real toy kart (Mario and Luigi are the characters currently available) mounted with a camera.

Players use the Switch to drive the cart around the house to create a racetrack. Once finished, players can race on the track in the game.

The "augmented reality" mix of real-world and virtual environments gives creative players a wealth of tools at their disposal to make challenging tracks. Standard Mario Kart elements such as items to boost speed or obstacles to impede karts can be mixed with everyday household items used as ramps or obstacles.

What's more, the game is free of some of the limitations of similar toys like slot-car racetracks. Setup and takedown is a breeze, as the only items that needed to be placed on the floor is four gates for the kart to drive through.

There are, however, a couple of potential drawbacks.

To get the most out of "Mario Kart: Home Circuit," you will need a large, well-lit space. It's possible to make smaller tracks for more compact areas, but the scope of what you can do will be limited.

Also, multiplayer presents some problems. The game supports up to four players on a track, but each must have their own kart and Switch console. There is no online multiplayer option.

Not only can multiplayer be costly, but the pandemic makes it difficult to meet in the same space to race against someone not in your social bubble.

Still, as both a collectible and a game, there's little doubt that this will be high on the wish list for any Mario Kart fan. Those with the space and the desire to create increasingly devious tracks should find enough replay value in the title for months to come.

The latest instalment of the popular "Animal Crossing" game was released in March, just as households across the country were preparing for the lockdown in response to the spreading pandemic.

The lighthearted nature of the game, which tasks you with developing an island paradise for your anthropomorphic animal buddies, was a welcome contrast to the uncertainty of the time.

The charming title has grown since then, with Nintendo releasing a number of free updates to keep the game fresh.

With a Thanksgiving/Christmas themed update announced for sometime next month, "Animal Crossing: New Horizons" gives gamers of all ages a lot of bang for their buck.

ORI AND THE WILL OF THE WISPS

An action/adventure game in the style of the Nintendo classic "Metroid", "Ori and the Will of the Wisps" game sees the light spirit Ori navigate a forest full of wondrous sights and treacherous traps in a mission to rescue a friend, and heal the land in the process.

Some of the combat and puzzles could be challenging for inexperienced gamers, though that could be remedied by playing on an easier difficulty setting.

The sequel to the indie hit "Ori and the Blind Forest" received strong reviews for its gameplay and story when it was originally released for the Xbox One and Windows earlier this year. A version for the Switch was released last month.

With the 2020 Stanley Cup already awarded to the Tampa Bay Lightning in the NHL's Edmonton bubble, and the next season delayed until at least the beginning of January, "NHL 21" might help fill the hockey void.

"NHL 21" lets you lead your favourite hockey team to glory, or you can create your own player and take the journey from promising prospect to all-star.

Players can compete online against others, so friends can match skills while staying in a safe environment. Parents may want to monitor if their kids play online against strangers.

EA Sports releases a new game in its NHL franchise every year, and there is often not a lot to differentiate the titles on a year-to-year basis. If you have a recent NHL title, you may want to direct your entertainment budget elsewhere.

If you haven't bought an NHL title in a while, or are looking to pick up your first game in the series, then "NHL 21" is a way to scratch the hockey itch while the pro leagues are on hiatus and minor programs are suspended.

It's fair to say "Marvel's Avengers" didn't quite live up to its heroic hype when it was released last month.

Reviews were mixed, with praise for its short but excellent single-player campaign and a lukewarm reception for its directionless online component.

Still, superheroes are pop culture dynamos, and there is enough here for fans of Captain America, Iron Man and Black Widow to enjoy.

Combat is fast and furious, and each of the six currently available Avengers have their own play style. Rampaging into a horde of the enemies with the Hulk or lighting them up with Thor's hammer feels right.

While the Avengers are a force for good, the violence might be intense for very young gamers. Teen players who are into superheroes, however, will find a relatable protagonist in the delightful Kamala Khan, otherwise known as Ms. Marvel.

"Marvel's Avengers" might currently be a bit thin on content for those who aren't big fans of the genre, but that might change. The game's developers have beefed up the multiplayer since launch, and new characters are on the way, with the Kate Bishop version of Hawkeye expected in the coming weeks.

This report by The Canadian Press was first published Oct. 23, 2020.