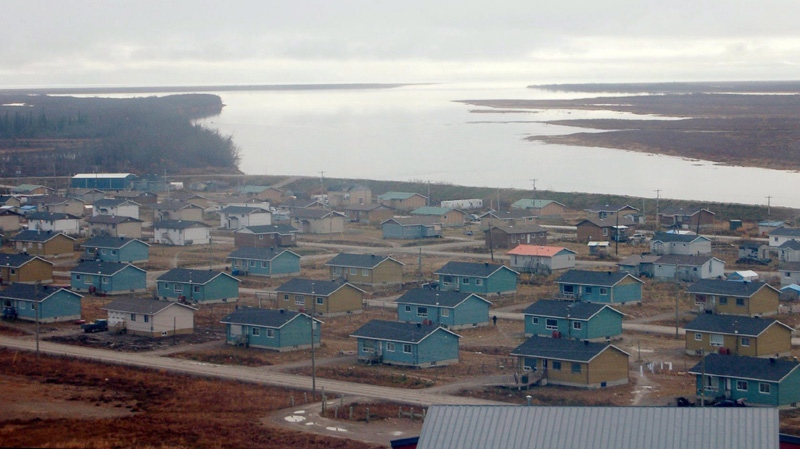 The Northern Ontario reserve of Kaschechewan is seen in this undated handout aerial photo. Two First Nations communities in northern Ontario have declared a state of emergency and are evacuating residents as ice breakup on a nearby river causes jams and flooding.

FORT ALBANY FIRST NATION - Two First Nations communities in northern Ontario have declared a state of emergency and are evacuating residents as ice breakup on a nearby river causes jams and flooding.

The evacuation of "vulnerable residents" in the First Nations of Kashechewan and Fort Albany began as a precaution yesterday and is continuing today.

A spokesman with Ontario's Ministry of Community Safety and Correctional Services says the plan is to evacuate some 300 residents today and take them to the northern Ontario towns of Kapuskasing and Wawa.

Greg Flood says approximately 50 people were taken from Kashechewan to Kapuskasing yesterday, where preparations to house them have been made.

He says a breakup of ice on the Albany river has caused localized flooding and ice jams near the two communities which sit on the James Bay coast.

Flood says weather conditions, mainland access for residents on an island and aircraft availability may impact the number of people evacuated from the communities today.

The ministry says vulnerable residents being airlifted out include the elderly, women, children and people with medical conditions.

The operation is being co-ordinated by Emergency Management Ontario and the Ministry of Natural Resources, in collaboration with federal, provincial, municipal and First Nations officials.

The ministry has said the first priority of everyone involved is the health and safety of the residents of the communities.