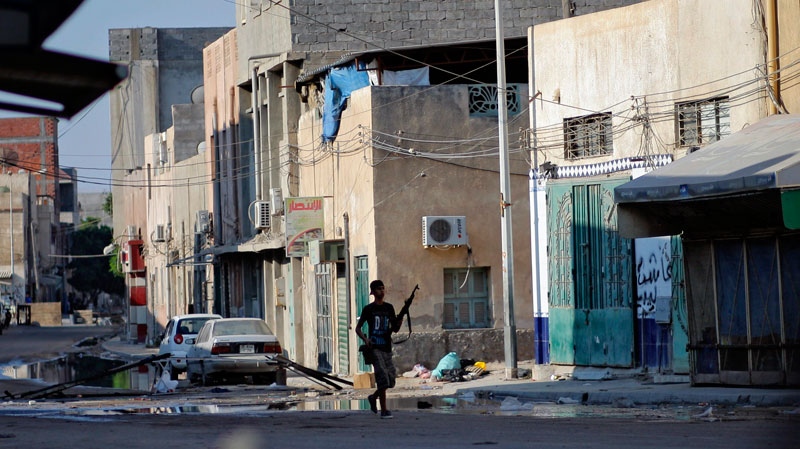 WATERLOO, Ont. - An aerial spy drone created by a Canadian start-up company is helping Libyan rebels in their fight against government forces.

Aeryon Labs Inc., based out of Waterloo, Ont., says it supplied one of its Aeryon Scout Micro UAV units to the Libyan Transitional National Council, to help rebels identify enemy locations.

The small device -- which looks like a toy helicopter, weighs about 1.3 kilograms and fits in a backpack or suitcase -- can fly into dangerous areas while shooting high-quality video that is beamed back in real-time, even to smartphones like BlackBerrys and iPhones.

The company also says the device is very easy to use and can be controlled via a map-based, touch-screen interface rather than using a joystick.

The device was delivered to Libya by the Ottawa-based private security firm Zariba Security Corporation, which conducted a day and a half of training before the rebels began using the drone.

Zariba Security's Charles Barlow says the Aeryon Scout Micro UAV has been in action without incident since, both during day and night, using a heat-seeking thermal camera.

Aeryon has sold its technology to police, military and corporate clients around the world.

The Aeryon Scout Micro UAV was also recently featured in an episode of "Flashpoint" on CTV and CBS.