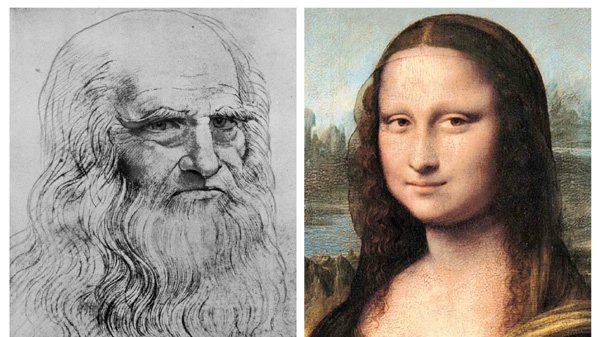 One of the art world's greatest masterpieces remains one of the world's biggest mysteries, but a Canadian professor believes he has cracked one of the Mona Lisa's many secrets.

For almost a decade, Ross Kilpatrick has pored over every detail in the famed painting -- from the pictured woman to the diverse landscape behind her -- and conducted research to identify at least some of the portrait's hidden literary references.

Now, armed with a catalogue of evidence to support his theory, the Queen's University professor has identified three Renaissance-era poems that he believes inspired Leonardo da Vinci as the famed artist painted the Mona Lisa in the early 1500s. Kilpatrick's findings are published in an Italian journal.

"The Mona Lisa is a portrait but even portraits can tell stories," Kilpatrick, a classics professor emeritus, told CTV.ca. "I think it's more than a portrait. Along the way I think greater things possibly came to (Leonardo's) mind."

The literary references are found in the "vast and barren" landscape behind the woman, whose enigmatic smile still has people in a tizzy.

In his published article, Kilpatrick wrote that the 500-year-old portrait alludes to Horace's Ode to 1.22 and Petrarch's Canzoniere CXLV and CLIX.

The poems speak of endless devotion to a smiling young woman and vows to love and follow her from dreary mountains to sun-scorched deserts, he wrote.

Leonardo was familiar with the works of both poets, Kilpatrick said.

Kilpatrick's theory arises from his expertise as a classics professor. He was already well-acquainted with Horace's sonnets when he began studying the Mona Lisa.

"The more I looked at (the painting) I thought, ‘Is there a possibility of a literary reference?' and then it popped into my mind. This was it, you've got the smiling woman and this desolate background. It was Horace," Kilpatrick said.

Kilpatrick continued his research and delved into Petrarch's work because, he said, it is similar to Horace's.

The evidence backing Kilpatrick's theory was published in the Italian journal Medicea, bringing an end to his analysis.

"It's been fun. I must say I got to know Mona Lisa quite well," Kilpatrick said with a laugh.

This type of time-consuming research is Kilpatrick's longtime hobby. He also claimed references to the mythical wedding of Greek gods Ariadne and Dionysus in Gustav Klimt's painting The Kiss.

Kilpatrick admits his Mona Lisa theory is subject to interpretation and he accepts the fact that some people will disagree with him.

At the very least, Kilpatrick's theory adds another layer of to the never-ending discussion about the Mona Lisa and its widely-debated symbolism and supposed secrets.

Centuries have passed but the portrait is encased in theories and questions that have divided scholars. The debate rages over everything from the identity of the woman -- she is commonly thought to be Lisa Gherardini, the wife of a well-to-do Florentine merchant -- and whether she was pregnant, to whether the Mona Lisa contains hidden codes or is disguised as Leonardo's self-portrait.

A group of Italian scientists wants to test the latter theory by exhuming and examining the human remains that are presumed to belong to the artist.

Kilpatrick said the world's interest and the Mona Lisa's mystique picked up steam after the original painting was stolen from the Louvre in Paris in 1911. The painting was later recovered in Italy and returned to the Louvre, where it remains on display today and is visited by millions of people each year.