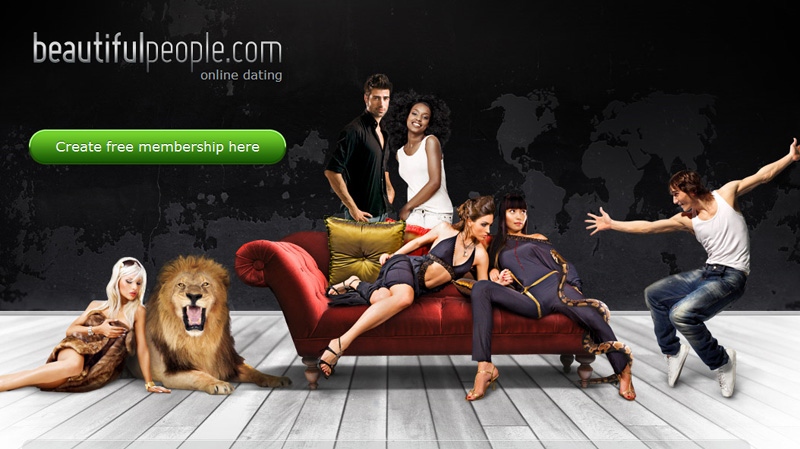 The homepage of online dating site beautifulpeople.com is shown.

One of the most elite dating sites on the Internet has reportedly banished hordes of homely people to the fringes of online dating.

BeautifulPeople.com claims to have cast out 30,000 users who were deemed too unsightly to remain on the site's privileged membership list.

Thousands of inferior profiles were allowed onto the site because a virus, fittingly named Shrek, breached the company's security system, site owner Greg Hodge told the British newspaper The Guardian.

As a rule, the website gets rid of users whose profiles aren't approved by their member-controlled rating system within 24 hours of account creation.

BeautifulPeople.com maintains that a scorned former employee created the virus which allowed packs of second-rate faces to crash their gateways of attractiveness.

To remedy the situation and stay true to their promise of conventionally beautiful users, the website has staged a mass exodus of ‘ugly' people.

A telephone hotline for users who need counselling to handle their newfound rejection has also been set up by the website.

Tossing out 30,000 substandard members will reportedly cost the company more than $100,000 US, Miki Haines-Sanger, who handles PR for the site told CTV.ca in a telephone interview from London, England.

Haines-Sanger's firm Golden Goose PR received a PR award in 2009 for helping Beautiful People expel 5,000 people from the site for putting on weight over Christmas.

"Yes the standards seem harsh, but Beautiful People needs to stay true to its business model if it wants to be successful," said Haines-Sanger.