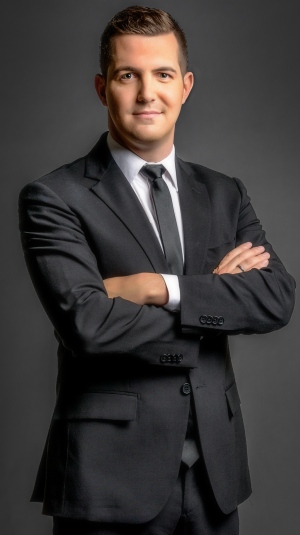 Michel Boyer is a reporter based in Ottawa for CTV News Channel, joining the team in 2016 from CTV Edmonton.

Boyer’s focus is covering political stories from Parliament Hill for the CTV audience across the country.

He began his career at the age of 15 in the promotions department at CJAD 800 AM in Montréal, later joining CTV Montreal’s promotions team. In 2011, Boyer returned to CJAD as a Reporter and Anchor. From there, he spent a year reporting for Global News in Edmonton before joining CTV Edmonton as a Senior Anchor/Reporter in 2016.

Boyer has covered many major news events in Canada, including the 2019 federal election, tornado destruction, floods, the Fort McMurray wildfire, the Lac-Mégantic rail disaster, the 2012 Québec election night assassination attempt, and the arrest of former Montréal mayor Michael Applebaum on corruption charges. Boyer was part of the news team awarded with a prestigious Edward R. Murrow Award for outstanding continuing coverage of the Fort McMurray wildfire.

Born and raised in the West Island borough of Île Bizard in Montréal, Boyer has spent his career exploring his lifelong passion for reporting and storytelling. He is bilingual in English and French and graduated from Concordia University in 2012 with a degree in journalism. He also studied Cinema-Communications at Dawson College in Montréal. Boyer has worked with community charities focused on finding cures for Cystic Fibrosis and Juvenile Diabetes.

When not at work, Michel loves going for road trips and discovering new parts of the world. Michel speaks English and French