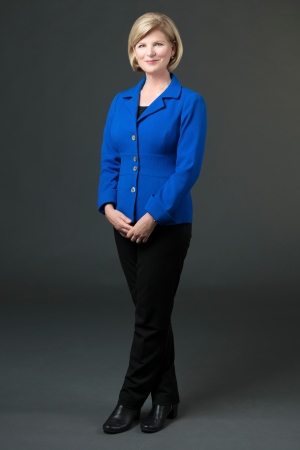 Malbon covered the Boston Marathon bombings and the Cleveland kidnapping in 2013, while in 2012 she weathered the storm to chronicle Hurricane Sandy. In 2011 she reported on the Royal Wedding, and the Penn State sex abuse scandal. Malbon was also part of the CTV News team covering the Vancouver 2010 Olympic Winter Games.

During her current posting in Washington, Malbon has covered the Bush, Obama, and Trump administrations. Other major stories include the Trump-Kim summits in Singapore and Hanoi, the Las Vegas massacre, the BP Oil Spill, Hurricane Katrina, and the trial of Conrad Black. She is regularly dispatched to the Middle East to cover U.S. developments in that region and has been her network’s go-to reporter for a variety of Olympic Winter Games. Previous postings include London, Ottawa, and Toronto.

Prior to her assignment in Washington, Malbon was CTV News’ Parliamentary Correspondent in Ottawa. And during the 2004 federal election, she crisscrossed the country in a CTV motorhome, "The Election Express", meeting with Canadians and telling their stories to help voters make a more informed choice.

While assigned to Ottawa, Malbon also spent six months in Israel contributing to CTV's coverage of the Iraq War.

Before Ottawa, Malbon was stationed in England as CTV's London Bureau Chief. She covered the death of Princess Diana and was the first Canadian journalist to report from Paris the night Diana was killed. Malbon has also covered three Royal weddings, including that of William and Kate in 2011.

From 1993 to 1997, Malbon was a reporter for CTV News in Toronto where she reported on prominent events including the Paul Bernardo/Karla Homolka sex slayings, and the Blue Jays’ World Series wins. In 1994, Malbon received a Gemini Award nomination for Best Reportage.

Earlier, as Bureau Chief in Winnipeg, she covered Manitoba's role in the Meech Lake constitutional negotiations. Her time as CTV's Atlantic Bureau Chief was noted for her award-winning coverage of the Westray Mine Disaster.

Malbon began her journalism career as a part-time reporter at The Globe and Mail in Toronto, before working for the Calgary Herald. After a stint at several radio stations in Ontario, she began her television career at CKCO in Kitchener, then CBC Edmonton, CBC Windsor, and Global TV in Toronto, during which time she was sent to Germany to report on the fall of the Berlin Wall before joining CTV in 1990.

She has also anchored newscasts, contributes to live specials, files online, and tweets. She speaks English.