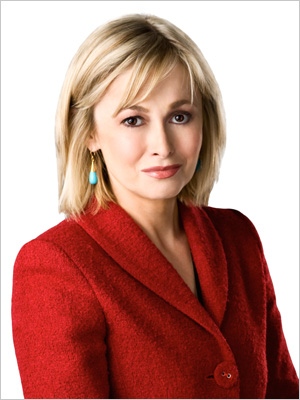 Janet Dirks is the Alberta Bureau Chief for CTV NATIONAL NEWS, based in Calgary, contributing coverage of all major breaking news in the region.

Dirks joined CTV NATIONAL NEWS from CTV British Columbia in 2008, where she was recognized with numerous awards for journalistic excellence, including two prestigious Jack Webster Awards.

As Alberta Bureau Chief, Dirks has reported from the frontlines of the most notable stories in the region, including the Fort McMurray wildfire in 2016, the historic flooding in southern Alberta in 2013, and the devastating fire in Slave Lake in 2011.

Dirks has also covered multiple royal tours across the region, including the tour of Prince William and Catherine, Duchess of Cambridge to Whitehorse in 2016 and Yellowknife and Calgary in 2011, as well as Queen Elizabeth’s visit to Winnipeg in July 2010.

An additional career highlight for Dirks was the six months she spent reporting from Jerusalem in the Middle East Bureau in 2009-10.

Believing that journalism is a privileged position presenting a window into extraordinary lives, Dirks has been fortunate to interview writers Mordecai Richler and Martin Amis, cellist Mstislav Rostropovich, and Holocaust survivor Leo Lowy.