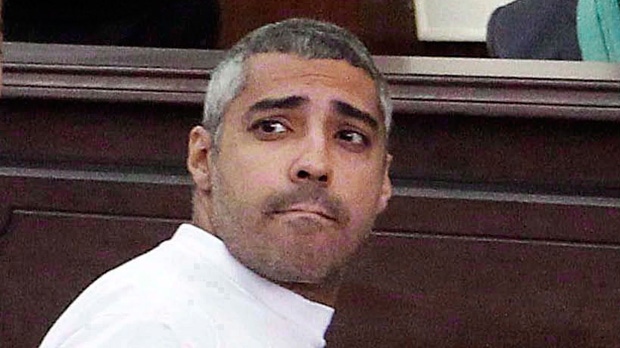 CAIRO - The Mohamed Fahmy case was one of the last files John Baird commented on before announcing his resignation as Canada’s foreign affairs minister.

As it turns out, “imminent” might not have been the best choice of words.

On Sunday, after it had been confirmed that Australian journalist Peter Greste had been released, government officials indicated Fahmy’s release was going to happen in “short order,” a vague and fancy way of saying soon.

On Monday, Baird made international headlines after he said his release was “imminent,” a word, I’m told, which triggered a collective head shake and came as an unpleasant surprise to bureaucrats close to the file who would have preferred some more cautious language by the outgoing minister.

Add to the chorus Al-Jazeera English, which reported on Tuesday that Fahmy’s release was now only a matter of hours.

As of Thursday night, the Canadian is still a prisoner.

For him, his family, and particularly his fiancée, all this speculation is emotionally exhausting.

With their suitcases packed, the Fahmys know it’s not a question of if, but when. He will get out, it just hasn’t happened as imminently as we thought.