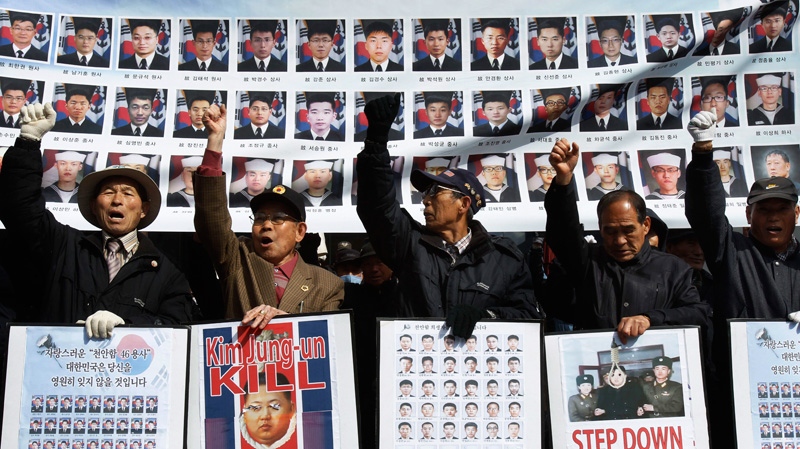 SEOUL, South Korea - North Korea may have the bomb, but it hasn't perfected ways to put one onto a missile that could strike faraway enemies like the United States.

This is why Pyongyang's announcement that it will launch a satellite on a long-range rocket next month is drawing so much attention: Washington says North Korea uses these launches as cover for testing missile systems for nuclear weapons that could target Alaska and beyond.

Although North Korea isn't on the official agenda of next week's Nuclear Security Summit in the South Korean capital, here's a look at why the launch will be a major point of discussion when President Barack Obama and other world leaders gather in Seoul:

Next month's launch -- set to happen around the April 15 centennial of the birth of founder Kim Il Sung -- would be the fourth of its kind since 1998, when Pyongyang sent a long-range rocket hurtling over Japan.

A 2006 test was considered a failure, but North Korea grabbed attention shortly after with its first nuclear test blast. The UN Security Council later banned North Korea from any further nuclear or ballistic missile testing.

North Korea's third launch, in 2009, was a partial success, with two of the three stages pushing the rocket over the Pacific. The third stage failed, and, despite North Korea's claims of success, no satellite was put into orbit, the U.S. North American Aerospace Defence Command said.

That test was condemned by the UN Security Council. Pyongyang protested that it was testing satellite technology for peaceful purposes. It subsequently abandoned six-nation nuclear disarmament talks and, weeks later, carried out a second nuclear test.

The next year saw violence blamed on North Korea that killed 50 South Koreans, including an attack on a warship and the North's shelling of a front-line island.

Experts and governments will scrutinize next month's launch of what the North's state media call an Unha-3 rocket, presumably the next version of the Unha-2 rocket used in the 2009 test.

Unha-2 represented a significant advancement over previous rockets, according to an analysis written by missile experts David Wright and Theodore Postol. It was roughly 30 metres long and may have been designed around Soviet missile components, the writers said.

Next month's rocket is set to fire from a new site on the North's west coast, according to GeoEye and Google Earth satellite imagery posted by Tim Brown, an analyst for GlobalSecurity.org. The Tongchang-ri site is about 56 kilometres from the Chinese border city of Dandong, across the Yalu River from North Korea.

Positioned only 70 kilometres from the North's main Yongbyon nuclear complex, it has better roads and facilities, and allows a southerly flight path that keeps the rocket from flying over other countries, according to Wright, technical researcher at the Union of Concerned Scientists.

The new rocket will probably have better boosters and engines -- and might even succeed in putting a satellite into space if it contains one, said Sohn Young-hwan, a South Korean rocket scientist who heads the privately funded Institute of Technology and Management Analysis in Seoul.

North Korea may have loaded the rocket's third stage with more fuel to increase capability, Wright said by email, part of improvements that "would translate to greater range if that technology was used to build a long-range ballistic missile."

North Korea says the launch is meant to contribute to "international trust and co-operation in the field of space scientific researches."

But because ballistic missiles and rockets in satellite launches "share the same bodies, engines, launch sites and other development processes, they are intricately linked," said Mark Fitzpatrick, an analyst at the International Institute for Strategic Studies.

So far, Pyongyang can only deliver a nuclear bomb "by boat, by van or by airplane, not by missile," according to scientist Siegfried Hecker of the Center for International Security and Cooperation at Stanford University.

After half a century of persistence, North Korea is thought to have a fairly small nuclear arsenal.

While it has enough plutonium for about four to eight "simple" bombs similar to what the U.S. dropped on Nagasaki in 1945, Hecker estimates, it doesn't yet appear to have the ability to make bombs small enough to mount on a missile.

Miniaturized warheads would require more nuclear tests, and Hecker warns that if North Korea breaks its nuclear test moratorium, "it will almost certainly be a test of a miniaturized design."

Governments and experts are worried that a new rocket launch will spur a chain of events that will mirror 2009, resulting in a breakdown of diplomacy, another nuclear test and soaring tensions, threats and bloodshed.

The United States has warned the launch would jeopardize a diplomatic deal settled last month that would ship U.S. food aid to the impoverished North in exchange for a moratorium on missile and nuclear tests, as well as a suspension of nuclear work at Yongbyon.

"This (the launch) is an extremely bad idea that would have consequences," State Department spokeswoman Victoria Nuland said Friday.

U.S. officials will be pushing China to pressure its ally Pyongyang, and President Barack Obama is expected to raise the issue during a key meeting with Chinese President Hu Jintao on the nuclear summit's sidelines. There could also be meetings among the U.S. and its Asian allies Japan and South Korea.

An unidentified North Korean Foreign Ministry spokesman said Friday that his country "remains unchanged in its stand to sincerely implement" the nuclear deal, but warned in a statement carried by the official Korean Central News Agency, or KCNA, that "any sinister attempt to deprive" the North of its rights will lead to unspecified "countermeasures."

KCNA said Saturday that North Korea would convene its rubber-stamp parliament on April 13, a meeting that could coincide with the rocket launch. North Korea is also planning a special conference of its ruling Workers' Party in mid-April.

"You use the same technology in long-range rockets that you do in long-range missiles," he said. "The only difference is what you put on top."