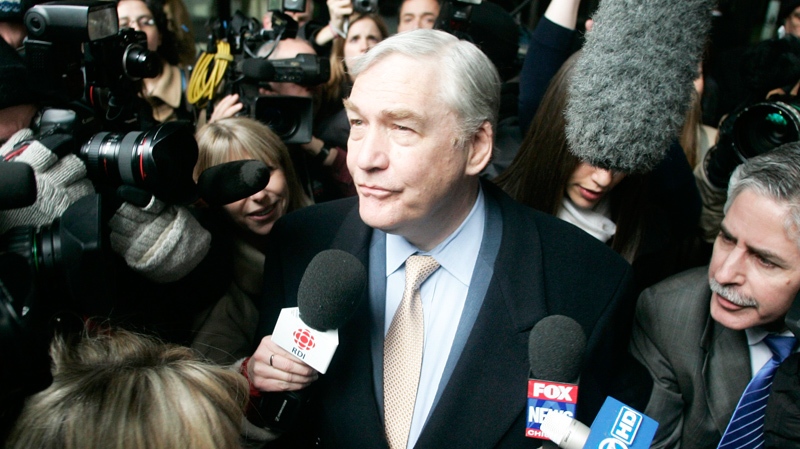 Former media baron Conrad Black is fighting a US$71 million bill from the U.S. Internal Revenue Service for unpaid taxes.

Forbes.com is reporting the IRS says Black filed no tax returns from 1998 to 2003 and paid absolutely nothing on $120 million in taxable income.

Forbes says Black, who is serving a six-and-a-half-year sentence in a Florida federal prison, is challenging the IRS' demands and asserting the income in question wasn't taxable in the U.S.

According to Forbes, the IRS says Radler also failed to file returns for the same years, paid nothing on $111 million in taxable income and owes $66 million.

Forbes says Black and Radler, both from Canada, contend they were not subject to U.S. taxing authority, despite spending extensive time in the country.