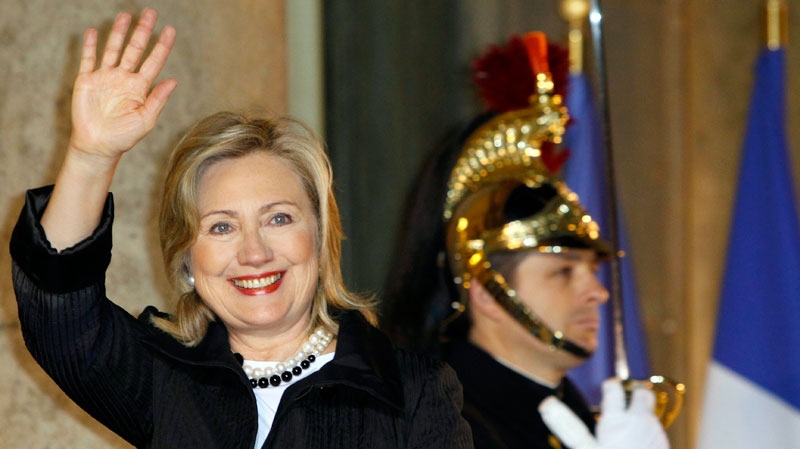 CAIRO - U.S. Secretary of State Hillary Rodham Clinton was pressing Egypt's transitional leaders Tuesday to follow through on pledges for democratic reform after the ouster of the country's longtime autocratic president in a popular revolt.

Clinton is the first cabinet-level Obama administration official to visit Egypt since the uprising that toppled Hosni Mubarak. Her visit comes amid rising concerns in the U.S. that anti-government rebellions sweeping the Middle East may not usher in the kind of political changes and freedom that people are protesting for.

She is particularly keen to ensure that Egypt's new leaders follow through on meeting the aspirations of the demonstrators and, in particular, ensure respect for human rights. She is scheduled to have a working dinner and a press conference in Cairo with Nabil al-Arabi, Egypt's newly appointed foreign minister.

Later in Cairo, Clinton will speak with activists to encourage them to continue to make their voices heard but also to be patient as the transitions pick up steam.

On Wednesday, she'll move on to Tunisia, where the wave of rebellion now gripping the Arab world began in December.

On her last Mideast trip -- in January, as unrest gripped Tunisia -- Clinton delivered a stark warning to Arab governments that they risked "sinking into the sand" if they did not address the demands of their people. A day later, Tunisian President Zine El Abidine Ben Ali fled into exile, emboldening protesters in other nations.