World running out of time to tackle climate crisis: UN 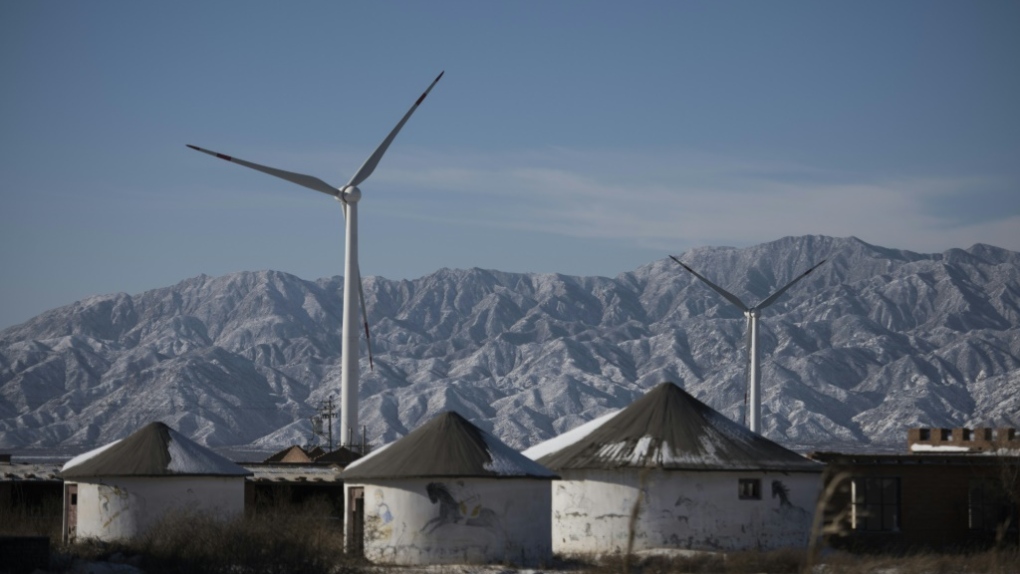 The UN has said that current climate ambition levels are way short of what is needed. (AFP)

GENEVA, SWITZERLAND -- 2021 must be the year of action for protecting people against the "disastrous" effects of climate change, the United Nations insisted Monday, ahead of a crucial U.S.-convened summit.

Time is fast running out to tackle the climate crisis, the UN warned, with the COVID-19 pandemic having failed to put the brakes on "relentless" climate change.

The call comes alongside a major report ahead of U.S. President Joe Biden's climate summit on Thursday and Friday.

Forty world leaders have been invited to attend Biden's virtual talks aimed at galvanising efforts by the major economies to tackle the climate crisis.

The State of the Global Climate 2020 report by the UN's World Meteorological Organization (WMO), released Monday, said last year was one of the hottest on record, while greenhouse gas concentrations increased despite the pandemic-related economic slowdown.

UN Secretary-General Antonio Guterres said the report showed 2020 was a year of "extreme weather and climate disruption, fuelled by anthropogenic climate change, affecting lives, destroying livelihoods and forcing many millions from their homes".

Guterres said current climate ambition levels were way short of what was needed.

"This is the year for action. Countries need to commit to net zero emissions by 2050," the UN chief said.

"And they need to act now to protect people against the disastrous effects of climate change."

He added: "Time is fast running out to meet the goals of the Paris Agreement. We need to do more, and faster, now."

The 2015 Paris Agreement on climate change calls for capping global warming at well below two degrees Celsius above the pre-industrial level, while countries will pursue efforts to limit the increase to 1.5 C.

The WMO believes there is at least a one in five chance of the average global temperature temporarily exceeding the 1.5 C mark by 2024.

"Stabilising global mean temperature at 1.5 C to 2 C above pre-industrial levels by the end of this century will require an ambitious reduction of greenhouse gas emissions, which must begin to occur during this decade."

The 2020 report said that concentrations of the major greenhouse gases -- carbon dioxide, methane and nitrous oxide -- continued to increase despite the temporary reduction in emissions in 2020 related to the Covid-19 pandemic, which shredded economies.

Temperatures reached 38.0 C at Verkhoyansk in Russia on June 20, the highest recorded temperature anywhere north of the Arctic Circle.

The report said the sea-level rise trend was accelerating, while ocean heat storage and acidification is increasing, diminishing the ocean's capacity to moderate climate change.

It said the Arctic minimum sea-ice extent in September 2020 was the second lowest on record.

During 2020, the unprecedented number of 30 named Atlantic storms led to at least 400 fatalities and cost $41 billion in damages.

Extreme heatwaves, severe droughts and wildfires also led to tens of billions of dollars in economic losses and many deaths.

Some 9.8 million displacements, largely due to hydrometeorological hazards and disasters, were recorded during the first half of 2020.

"This year is pivotal. At the United Nations climate conference, COP26, in November, we need to demonstrate that we are taking and planning bold action on mitigation and adaptation," said Guterres.

"It means radical changes in all financial institutions, public and private, to ensure that they fund sustainable and resilient development for all and move away from a grey and inequitable economy."