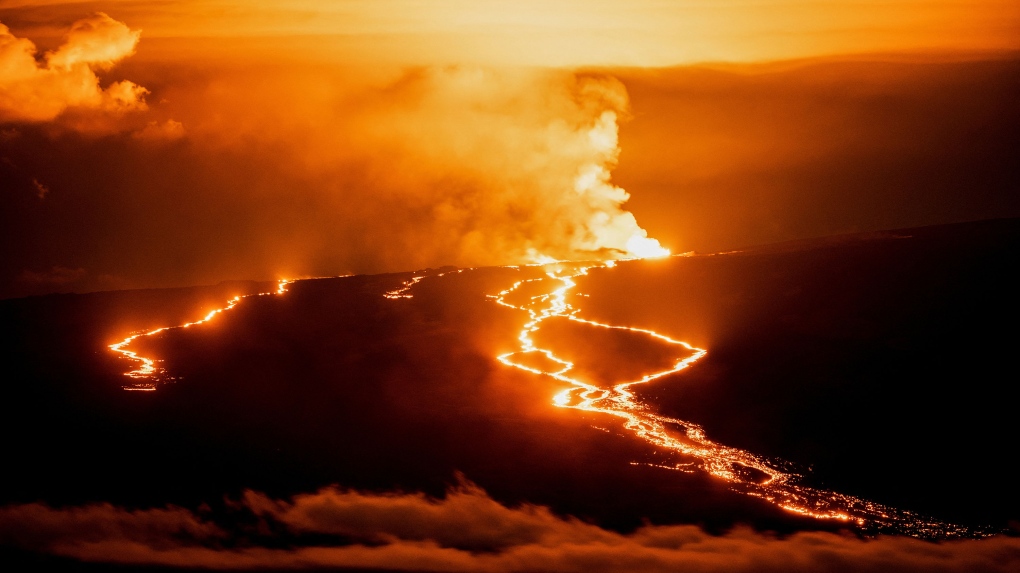 Lava from the ongoing eruption at the Mauna Loa volcano is just miles away from a crucial highway on Hawaii's Big Island. But despite the inconvenience of shutting down the highway, it's unlikely any attempts will be made to redirect the lava flow, experts say.

As of Saturday afternoon, the lava was just 2.5 miles from the Daniel K. Inouye Highway, according to an alert from the US Geological Survey. It had been moving about 40 feet per hour over the last 24 hours, the agency said.

Predicting if, or when, the lava might hit the highway, which connects the west and east of the island, is difficult.

"There are many variables at play and both the direction and timing of flow advances are expected to change over periods of hours to days, making it difficult to estimate when or if the flow will impact Daniel K. Inouye Highway," wrote the agency in its update.

This is part of the problem with attempts to redirect the lava flow: lava is unpredictable, and it's hard to tell where it might go next.

Lava's "tendency to flow is extremely temperature-sensitive," Paul Segall, a professor of geophysics at Stanford University who researches earthquakes and volcanoes, told CNN. This makes it "somewhat unpredictable."

It's hard to say at this point whether the lava will even reach the highway, Segall explained.

Additionally, although different countries have tried in the past to redirect their flows, their efforts have mostly been expensive failures. "The history is not successful," Segall said.

In the past decades, workers have used bulldozers to construct huge earthen walls to redirect after eruptions like that of Mount Etna in Sicily.

And in 1935, Thomas Jaggar, founder of the Hawaiian Volcano Observatory, called on the US Army Air Corps to bomb the source of lava flowing from Mauna Loa, which was headed towards the Wailuku River, according to the U.S. Geological Service. The army dropped two 600-pound bombs, but they missed their target and had minimal effect on the lava flows.

Some efforts to combat volcano flows have succeeded despite the odds. In 1973, for instance, the Eldfell volcanic eruption triggered a months-long crisis for the small Iceland island of Heimaey. Massive amounts of seawater were sprayed onto the lava to cool it down, which helped prevent the lava from closing off the island's vital harbor.

Segall also said that increasingly, scientists and residents of Hawaii alike view the lava flow as a natural phenomenon -- not something that needs to be disrupted.

"I think there's a fair amount of sentiment in Hawaii that you don't mess with Pele," he said, referring to the Hawaiian goddess of fire. "That this is a natural process."

Uahikea Maile, an assistant professor of indigenous politics at the University of Toronto, echoed this sentiment.

For Maile, the eruption of Mauna Loa is especially resonant because of its timing. The volcano erupted on November 28th, Hawaiian Independence Day, which commemorates the signing of the Anglo-Franco Proclamation of 1843 which recognized Hawaii as a sovereign kingdom.

"Mauna Loa is erupting on Lā Kūʻokoʻa, Hawaiian Independence Day. Settler society sees her as a destructive threat for containment," Maile wrote on Twitter. "This is true too for Hawaiian sovereignty. But we are irrepressible. It may be destructive, but it creates life to stand on for generations to come."

He noted that Hawaii itself was created as a result of volcanic eruptions. Without volcanoes, there would be no Hawaii.

And rather than trying to interrupt natural phenomena like lava flows, he suggested that humans should be more mindful of their own impact on Hawaii. He highlighted petroleum contamination linked to Navy bases on Hawaii, as well as the environmental destruction caused by tourism and the November spill of "forever chemicals" at Hawaii's Red Hill Naval Facility

"These are forms of unnatural environmental destruction and volatility that should be considered more of a priority than the bombing of lava flow," Maile said. "Instead of containing lava flowing from Mauna Loa, the US military should clean up their own mess at Pōhakuloa Training Area, and contain ongoing jet fuel and 'forever chemical' spills at Red Hill."

In the meantime, Hawaiian officials say they have a plan to shut down the highway if the lava gets close enough to become dangerous.