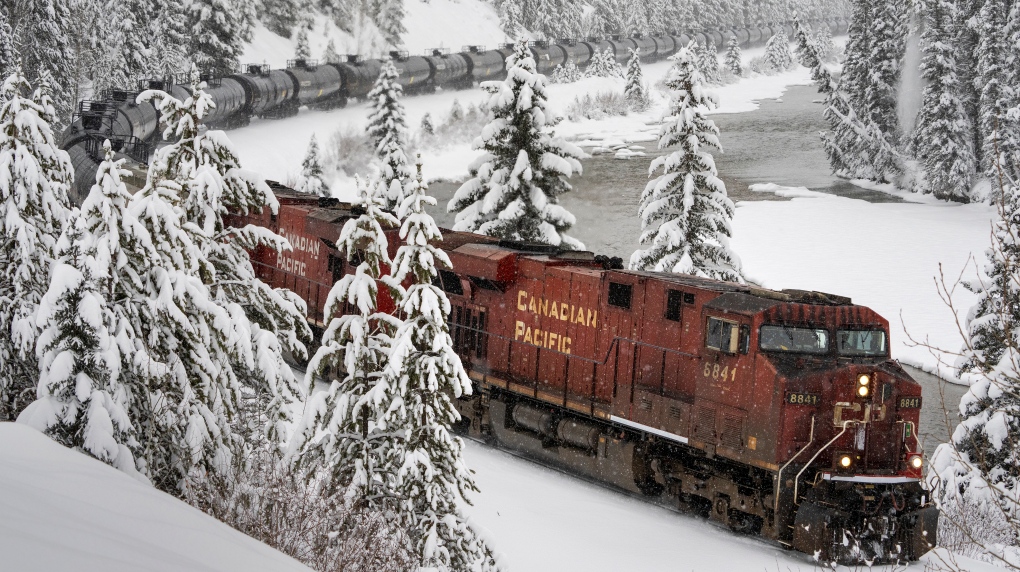 Much of Western Canada remains under an extreme cold weather warning Wednesday thanks to a rush of arctic air that has encased B.C., Alberta and parts of Saskatchewan in frigid temperatures for days.

In Alberta, where temperatures dropped as low as -55 C with the wind chill earlier this week, 26 of the province’s 34 regions were under an extreme cold weather warning.

Seven daily minimum temperature records were broken Tuesday in the province, the coldest of which was registered in Vegreville, Alta., east of Edmonton. The new record of -44.6 C surpassed the record of -42.8 C set in 1968. Another record of -42.1 C was also set at the Edmonton International Airport, surpassing the previous record of -37.8 C set in 1992.

In Calgary, where temperatures dropped to -30 C with the wind chill Wednesday morning, peace officers came under fire for forcibly removing a group of people from an LRT station. However, the city’s shelters say they have more than enough room for those experiencing homelessness to take shelter from the cold.

Much of Saskatchewan was also under an extreme cold weather warning Wednesday, including the cities of Regina and Saskatoon. Several regions of Manitoba were also issued extreme cold warnings.

In B.C., several regions were under both extreme cold weather warnings and snowfall warnings. According to Environment Canada, Metro Vancouver, the Fraser Valley, the Sunshine Coast, Southern Gulf Islands and Vancouver Island could all see five to 10 centimetres of snow Wednesday evening through Thursday morning.

This comes after days of cold that broke records in some parts of Metro Vancouver.

Metro Vancouver also remains under an Arctic outflow warning that saw temperatures near -20 C in some areas. No temperature records were broken in B.C. on Tuesday, but 42 were broken between Sunday and Monday.

B.C. STRUGGLES THROUGH COLD SNAP AFTER YEAR OF EXTREMES

The cold snap has created several issues in the province, which typically experiences milder winters.

Several regions near Coquitlam, B.C., say their road crews have been out 24/7 since before Christmas when the brisk temperatures arrived and snow first began to fall. Despite the efforts to clear the snow and ice, road conditions are being blamed for several accidents, as drivers are reminded to slow down and prepare for longer commutes.

Several COVID-19 testing centres have also been closed thanks to the unusual weather. Vancouver Coastal Health said Tuesday that St. Vincent and Vancouver International Airport testing sites would be closed until further notice. Some of Fraser Health's testing and immunization centres in Burnaby, Coquitlam, Langley and Surrey have also reduced services because of the weather.

B.C. Emergency Health Services told CTV News Vancouver Wednesday that its crews have been called in for a total of 50 reports of frostbite or hypothermia in a period of just four days, and 67 calls in the last eight days.

This latest bout of extreme weather comes after a year of unprecedented weather events in B.C.

In late June, southern B.C. faced a deadly heat wave driven by a “heat dome,” a strong ridge of high pressure that trapped warm air underneath it for days.

More than 1,000 daily temperature records were broken over 11 days, including 100 topping 40 C, according to Environment Canada. According to the B.C. Coroners Service, at least 595 people died of heat-related complications.

The heat wave was marked by what Environment Canada called a “Death Valley moment” in the town of Lytton, B.C. when temperatures reached a new Canadian record of 49.6 C. Days later, a wildfire destroyed 90 per cent of the town, killing two people and displacing 1,200 others.

The province then saw 86,000 square kilometres burned by 1,610 wildfires throughout the summer, prompting an estimated 50,000 evacuations and a province-wide state of emergency.

Then, on Nov. 13, the first of seven “atmospheric rivers” descended on the southern coast of B.C., where massive amounts of rain, combined with the already soggy conditions “created a flood of floods.”

The record flooding, which is still having a major impact on Canada’s supply chain, is likely the most destructive and expensive weather disaster in Canadian history, according to Environment Canada.

When it comes to the cold, some relief for B.C. and Alberta is in store by the end of the week. Vancouver will see a high of 0 C on Thursday. On Saturday, temperatures will rise to -7 C and 1 C in Edmonton and Calgary, respectively.

However, temperatures are expected to plummet in Saskatchewan and Manitoba, down to -37 C in Regina and -38 C in Saskatoon on Wednesday night.

Canadian meets her long-lost sister for the first time on U.S. morning show

During an appearance on ABC's Good Morning America on Wednesday, adopted siblings Hannah Raleigh of Chicago and Limia Ravart of Montreal met in person for the first time after an ancestry test confirmed the two are in fact related.

Cheese not on the table in Canada-U.K. trade talks as Britain seeks market access

Britain wants greater access to Canadian markets for more than 700 varieties of cheese including Stilton, Cheshire, and Wensleydale, a crumbly variety originating from Yorkshire. But Ottawa has made it clear it does not want to see more British cheddar, let alone artisan varieties such as stinking bishop, renegade monk and Hereford hop, on Canadian fridge shelves.