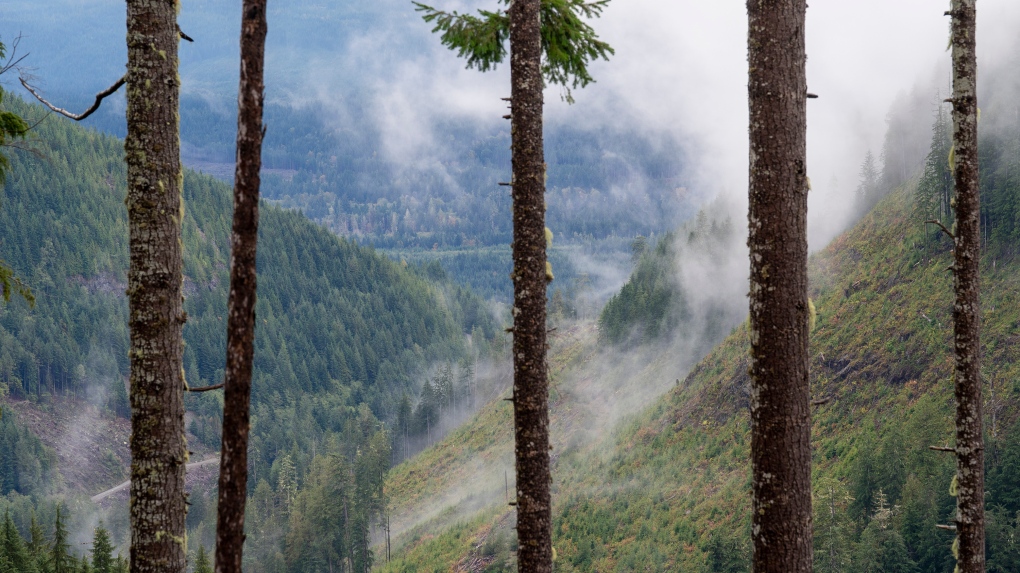 Wood from primary forests in British Columbia has been used to fuel the U.K.'s largest power plant, according to a BBC investigation. The company that runs it, which denies the allegations, has received over $9 billion in green energy subsidies from the British government.

Those allegations are troubling for Mike Morris, the provincial representative for Prince George-Mackenzie in central B.C., near where the company operates.

"It is concerning for me to have another country take primary forest from our country and say that they have a green electrical system in that country, and it's sustainable," Morris told CTVNews.ca. "In British Columbia, I'm watching primary forests disappear."

The company, Drax Group, purchased two wood lots in B.C. in 2021, which were then logged by contractors. BBC investigators said they analyzed satellite imagery, logging licences and drone footage, and even followed a truck delivering logs to a Drax facility in B.C. The company has denied harvesting Canadian forests to create the wood pellets it uses to fire its massive "sustainable bioenergy" power plant in northern England.

"These harvest licences were transferred to other companies who take the high value timber from the sites for use in sawmills," a Drax spokesperson told CTVNews.ca. "Eighty per cent of the material we use in our pellets is sawmill residues – the rest is low grade wood which would otherwise be burned or disposed of."

'We take the residues left behind'

Located near its namesake village in England's Yorkshire County, the coal-fuelled Drax Power Station opened in 1974. By 2018, it had largely been converted to burn biomass, like the millions of tonnes of wood pellets it now imports every year from the U.S. and Canada.

Drax is the U.K.'s largest power plant by output, producing 12 per cent of the country's "renewable" electricity. Media reports say the company has received £6 billion (approximately CA$9.3 billion) in British taxpayer money through green energy subsidies, including £893m (or nearly CA$1.4 billion) in 2021 alone. Drax's operations are considered renewable because it largely uses industry byproducts like sawdust to make pellets, and new trees are planted to offset what's burnt.

Drax's 2021 annual report outlines its presence Canada: seven wood pellet plants in B.C. and two in Alberta, which "operate in regions that include old growth forests" and ship via ports in Vancouver and Prince Rupert. Drax's Canadian facilities produced 1.8 million tonnes of biomass in 2021, mostly from "sawmill and other wood industry residues," but also nearly 182,000 tonnes of "low grade roundwood." In 2021, 15 per cent of the biomass used in Drax's U.K. power station came from Canada.

"Drax does not harvest forests and forests are not harvested for biomass," a company spokesperson told CTVNews.ca "They are harvested for high value timber used for construction. We take the residues left behind."

The BBC investigation included a 30-minute documentary. Before it aired Monday, Drax posted a statement online that criticized the BBC's coverage for focusing "primarily on the views of a vocal minority who oppose biomass."

"People living in and around these forests are best placed to determine how they should be looked after, not the BBC," the statement read. "Our lawyers have written to the BBC to remind them of their legal and regulatory obligations and we are considering further action."

Drax shares dropped during trading on Tuesday, according to Bloomberg.

'A large inventory of whole logs in their yard'

"I'm familiar with the Drax plant just south of Prince George," Morris told CTVNews.ca on Monday. "In fact, I drove by it here just a couple of days ago. They do have a large inventory of whole logs in their yard."

Michelle Connolly, director of the Conservation North environmental group, visited an alleged Drax logging site with the BBC. Speaking to CTVNews.ca, she described it as a "zone of death" that once included "primary forests" that "have never been industrialized."

"Our biggest concern is that our government is enabling this," Connolly told CTVNews.ca from Prince George. "In an era of climate change, the best thing we could be doing for the climate is not converting these forests into energy; we actually need to be protecting natural forests."

CTVNews.ca reached out to the B.C. Ministry of Forests, which oversees and regulates the province's forestry industry. A spokesperson confirmed Drax purchased two cut blocks, one-third of which was damaged by mountain pine beetle, and said the ministry is following up with the company to ensure quality logs are not being used to make wood pellets, most of which are then exported.

"It would not make any economic sense for a pellet company to use quality logs to produce pellets," the ministry spokesperson added. "Over 90 per cent of the industry’s inputs come from sawdust and shavings, chips and harvest residuals. It is better to turn waste into bioenergy that displaces fossil fuels globally instead of burning it in open slash piles or leaving it on the ground – which would increase the risk of wildfires."

Wildfires have ravaged B.C. in recent years, scorching an annual average of nearly 350,000 hectares of the province between 2010 and 2020. Researchers say climate change is compounding the loss of B.C.'s old growth forests, which are already threatened by logging.

University of British Columbia professor Gary Bull agrees, saying although it might not be particularly familiar in Canada, biomass is used throughout Central Europe and Scandinavia to power and heat large cities like Copenhagen and Stockholm.

"It is seen to be certainly a renewable energy," Bull, who is part of the university's Department of Forest Resources, told CTVNews.ca. "It's also seen to be a very sensible thing to do when you can't make anything else with the with fiber, in terms of a product."

Bull recently participated in a Wood Pellet Association of Canada study, which tracked truckloads of material used for pellet manufacturing. He says 85 per cent was mill residue like sawdust shaving and bark, while 15 per cent was "forest residue" like "low grade" wood.

"If there is old growth going into (pellets) or old trees that should not go into it, it would be less than one per cent," Bull suggested. "Once in a while there's a log left in the slash pile that could have, under the right economic circumstances, gone to the sawmill."

But to Morris and activists like Connolly, there is no such thing as low-value forest products.

"What they fail to take into account is there's more value in a forest, particularly your primary forest, than just the fibre itself," Morris said.

"Renewable presumably means something that will come back," said Connolly. "The trees might be renewable, but the forests are not."