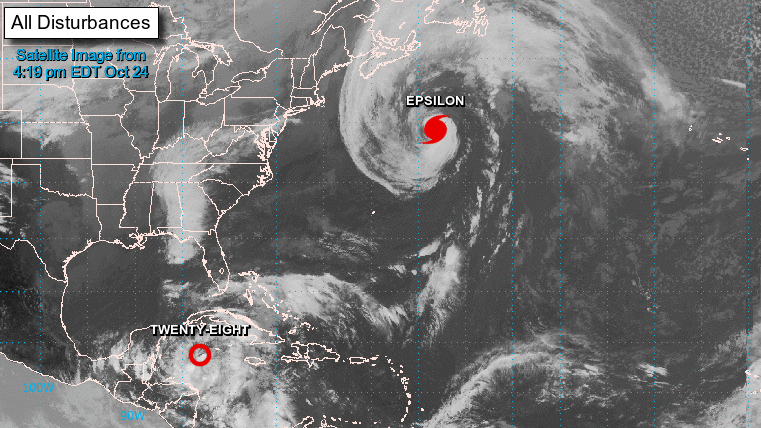 Tropical Depression 28 can be seen in the bottom right of this image from the U.S. National Hurricane Center.

MIAMI -- A tropical depression formed Saturday afternoon south of Cuba amid forecasts that the system would become a named tropical storm later this weekend and possibly a hurricane within days, the U.S. National Hurricane Center said.

The Miami-based centre said Tropical Depression 28 emerged about 255 miles (405 kilometres) south-southeast of the western tip of Cuba. At 5 p.m. EDT, the storm had top sustained winds of 30 mph (45 kph) and was moving toward the north-northwest at 2 mph (4 kph).

The government of Cuba has issued a tropical storm watch for the province of Pinar del Rio. Meanwhile, the hurricane centre said people on Mexico's Yucatan Peninsula should monitor the progress of the storm, which is expected to gradually strengthen over the next 72 hours.