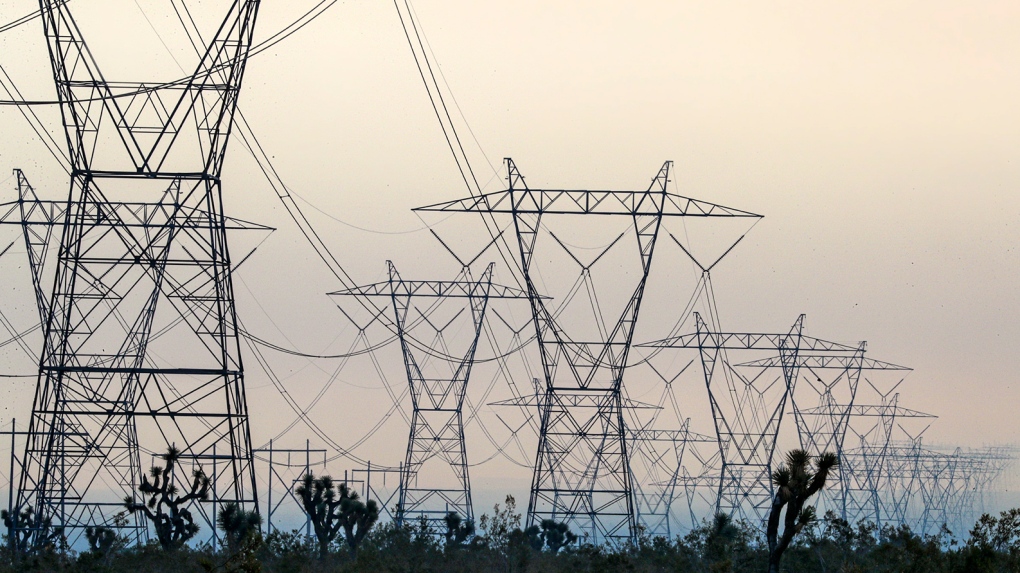 Power lines against smoke during the Bobcat Fire in California in September of 2020 that chewed through more than 60,000 acres. (Irfan Khan/Los Angeles Times/Getty Images)

Preparing a Thanksgiving dinner may be a challenge for the more than 3,100 Southern California families who have just lost power due to the wildfire threat sweeping across the region.

Low humidity and wind gusts of 40-65 miles per hour are expected, according to the National Weather Center, raising the danger of debris coming in contact with power equipment that could emit sparks igniting dry brush and exploding into a wildfire.

Nearly 112,000 more SCE customers have been warned that their electricity could be cut at any time on Thursday and Friday.

"We understand these PSPS actions are disruptive to our customers—especially during the Thanksgiving holiday—and we are making every effort to reduce the impact," SCE said on Twitter.

We understand these PSPS actions are disruptive to our customers—especially during the Thanksgiving holiday—and we are making every effort to reduce the impact.

Before shutting off power, SCE uses weather forecasts and field observations to determine whether there's a serious danger of objects blowing into power lines. The power will be restored after the weather event ends and crews believe it is safe to do so.

The bulk of those under a PSPS warning reside in San Bernardino and Los Angeles counties. Nearly all of those currently without power are in Ventura County.

Utility giant SCE's equipment has agreed to pay $360 million to settle claims that blamed them for the 2018 Woolsey Fire that killed three people and is considered one of the most destructive fires in California history.

Federal officials investigating the origins of the massive Bobcat Fire are focusing on utility equipment owned by SCE that experienced an issue moments before the fire was first reported. The Bobcat Fire is one of the largest ever in Los Angeles County, and burned over 113,000 acres.

SCE serves about 5 million customers over an area of 50,000 square miles stretching from Bakersfield to Orange County.