The lower 48 U.S. states are light on snow but Hawaii has a blizzard warning 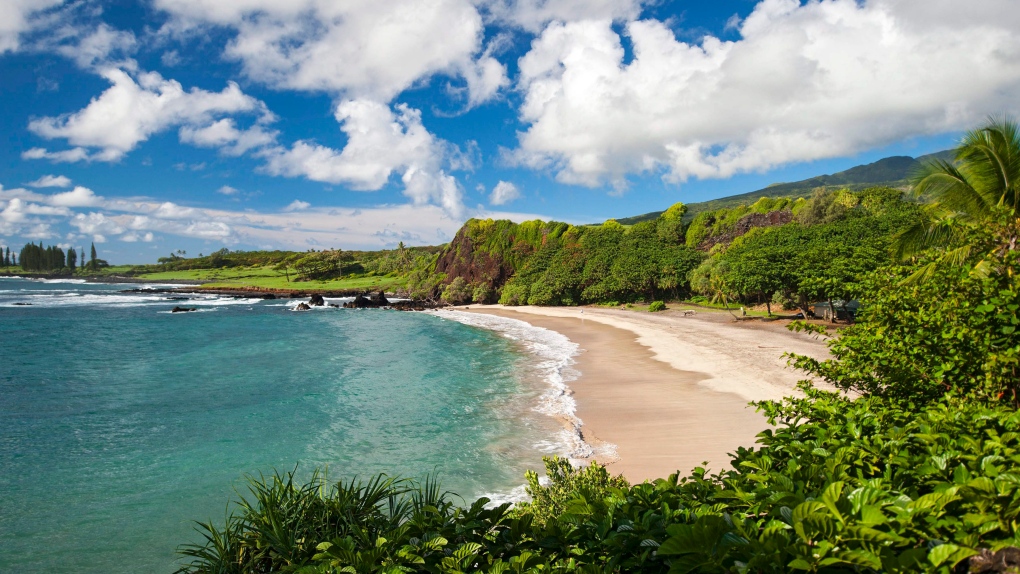 As of Friday morning, only two states in the U.S. have blizzard warnings -- and they are Alaska and Hawaii. Yes, you read that correctly. In fact, more snow has fallen in Hawaii this season than in Denver, Colorado.

Several blizzard warnings are in effect in Alaska where blowing snow will cause travel conditions to be extremely difficult if not impossible. Snow is common in Alaska, especially this winter season.

Much of Alaska was colder than normal in November, with some areas near record levels.

Hawaii's blizzard warnings are a bit rarer. According to the Iowa mesonet data site, it's been 1,347 days (over 3.5 years) since the last blizzard warning was been issued by the National Weather Service (NWS) in Honolulu.

The weather service is forecasting up to a foot (30 cm) of snow or more with winds gusting up to 100 mph (161 kph) through the weekend for the Big Island summits.

Hawaii's two mountain peaks, Mauna Kea and Mauna Loa, both which sit at more than 13,000 feet above sea level, are the only two locations that see snow annually in Hawaii.

Both summits typically see fresh snow every winter, mainly because the wet season in Hawaii runs from October to April and temperatures regularly drop below freezing on the summits from November to March.

The summit on Mauna Loa was temporarily closed on Tuesday night due to high winds and winter weather conditions, according to the National Park Service.

Mauna Kea was also capped in snow, earlier this week.

The Mauna Kea Weather Center has several live camera feeds you can access to see if the summit is covered in snow.

The summit on Haleakala in Maui, which tops out at over 10,000 feet, can also see some occasional snow cover. Although snow is slightly less common on this island, which occurs only once every 2 to 3 years, according to the Weather Prediction Center (WPC).

Even though the Big Island of Hawaii will get snow, the vast majority of the state will see rain, a lot of rain. A flood watch is in place for most of the rest of the state.

"Heavy rainfall will be a threat and shower bands may line up over portions of the state for extended periods of time, increasing the threat for flooding," the NWS office in Honolulu said Friday morning.

Be prepared to adjust your travel plans accordingly if you're in Hawaii, as some roads may be closed or difficult to pass if flooding occurs or snow becomes very heavy with poor visibility.

FAKE STUFF FOR THE REST OF THE U.S.

Snow may be plentiful for Alaska and Hawaii, but it is in short supply across the contiguous U.S.

Outside of the fake snow created by ski resorts through November, you may be hard pressed to find snow, even in some usually white locations. But there may be a glimmer of hope for some snow this weekend, just not in Colorado.

"It's been 224 consecutive days (and counting) since it snowed a measurable amount in Denver, and it has just broken the record for the latest date for a first snowfall -- a record that has held since snowfall records began in 1882," says Derek Van Dam, CNN Meteorologist.

"November 2021 really put the "no" in snow, with a majority of the country seeing below average snowfall last month," the WPC said in a tweet. "The only exceptions were located around the Great Lakes, Pacific Northwest, and Upper Midwest. Who's hoping Old Man Winter makes a comeback in December?"

That could be changing for some areas this weekend though as the potential for snow returns for the Midwest on Sunday.

A developing area of low pressure over Montana this weekend combined with an arctic air mass located on the northern side of the U.S.-Canada border will provide the necessary ingredients for a moderate snowstorm event.

"By Saturday night into Sunday morning, a developing area of low pressure over central Montana is expected to move east with the associated precipitation, leading to a swath of moderate-to-heavy snow from northeast Montana to northern Minnesota," the WPC said in their Friday discussion.

"Widespread snowfall amounts greater than 5 inches is likely across the northern half of North Dakota, mainly north of Interstate 94. This amount of snowfall and the potential for periods of heavy snow may lead to difficult travel conditions."

Winter storm watches and warnings have been issued from Montana to Wisconsin, but more areas may be added through the weekend.

A couple inches of snow are forecast for northern Michigan, including Marquette which has snow chances in the forecast Friday all the way through Monday.

"For the Northeast, cold and blustery northwest winds will keep temperatures below average for early December," the WPC said. "As a result, consistent lake effect snow showers are possible through Sunday morning with some enhancement possible on Saturday as a low pressure system passes just to the north."

Even with a few inches of snow forecast this weekend, it will do little to improve overall snowpack across the lower 48 compared to where we should be this time of year.