The Arctic is greening, but not enough to help climate change, study finds 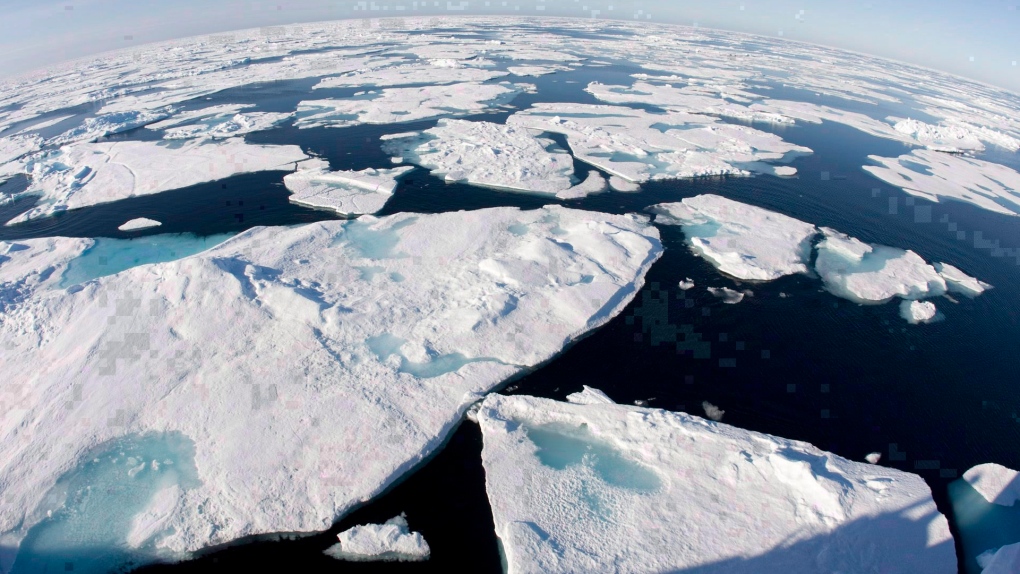 TORONTO -- While the Arctic is growing greener with climate change, scientists warn that it is not greening fast enough to absorb very much carbon dioxide.

According to new research from scientists at Boston University and University of California Irvine (UCI), there was hope that as more plants start to grow in the Arctic with the climate warming, those plants would be able to help photosynthesize the atmospheric carbon dioxide that helped them grow in the first place.

However, scientists now say the greening is not nearly enough to curb global warming on the continent.

The study, published Thursday in Nature Climate Change, suggests that new green biomass in the Arctic is not as large a "carbon sink" as previously thought.

Jon Wang, an Earth system scientist at UCI who the led the study alongside Boston University professor Mark Friedl, said the data suggests that humans may not be able to rely on greening to save the planet from global warming.

"A big question is: What'll happen to the carbon that's currently stored in these forests as above-ground biomass in the face of a changing climate?" Wang said in a press release.

According to the new study, a lot of the carbon isn't actually staying stored in the plants. The scientists say this is because fires and timber harvests at boreal latitudes are becoming more common as climate change makes those regions hotter and dryer.

The study noted that climate change in Arctic regions are occurring at rates sometimes twice that seen at lower latitudes. As a result, scientists say much of the new green biomass isn't storing carbon and is instead combusting during wildfires.

"What we found overall is across this whole domain over the past 31 years the carbon stocks have increased modestly," Wang said.

"What we estimate is that 430 million metric tons of biomass has accumulated over the last 31 years -- but across this domain it would've been nearly double if it weren't for these fires and harvests that are keeping it down," he explained.

Previous studies have suggested that the Arctic was once covered with vegetation and woody shrubs as far north as the Canadian coast about 125,000 years ago, and may eventually return to this state amid from climate change.

According to the new study, scientists assumed that Arctic greening may help bring climate-warming carbon dioxide concentrations down. However, the study says it wasn't clear what the exact extent of that help would be.

To test this assumption, the study's authors combined observational data from two different satellite missions from the U.S. Geological Survey and NASA, Landsat and ICESat to model the amount of carbon stored in biomass across a 2.8-million-square-kilometre region spanning Canada and Alaska.

The study noted that the ICESat data provided measurements of the height of forest canopies, while the Landsat data -- which goes back 31 years to 1984 -- was able to provide evidence on the reflection of different wavelengths of light from Earth’ surface, as well as information about plant biomass abundance.

The study found that plant biomass still increased, but "not as much as previous computer models that aim to simulate climate change suggested they would."

While the greening did help to an extent, Wang explained that previous models did not account for increased wildfires in the region.

"The change is good news for climate -- but it's also much lower than we might've expected, because these fires have raged, and gotten more severe," Wang said.

Wang said in the release that he hopes the new findings will help other scientists build more accurate pictures of what we can expect climate change to look like.

Study co-author, James Randerson from UCI, says the new data is important as it provides an "independent means to test climate models" while representing feedbacks between the carbon cycle and the climate system.

"The rates of carbon accumulation in this region are lower that what previous studies have indicated, and will push the science community to look elsewhere for the main drivers of the terrestrial carbon sink," Randerson said.